With six trophies on their mantle since kicking off in the MLS in 2009, Seattle has become the ultimate soccer town almost immediately. Seattleites who might’ve been known around the country for coffee or computers, now rock their Sounder Blue and Rave Green proudly for the world to take notice.

LEGACY IN THE NORTHWEST

Seattle has always been a soccer town, even before it was a real thing in the United States. In fact, the Seattle Sounders were a franchise long before MLS came to be. The Sounders are a reincarnation of the North American Soccer League, which held the name in the mid 70s and early 80s. The team then resurfaced in 1994 in the original USL First Division before dissolving in 2008. Then, MLS announced that they would be bringing top-flight soccer back to The Emerald City with a high profile ownership group including tech mogul Paul Allen and actor/comedian Drew Carey. With the late Sigi Schmid at the helm, Seattle Sounders FC immediately began winning, qualifying for the playoffs and winning the US Open Cup in their first season in MLS. Fast forward to 2019, and the Sounders are a perennial contender in the West and most recently celebrated an MLS Cup in 2016.

The ECS are a group of independent Sounders FC Supporters who act as a hub for smaller supporters groups. Founded in 2005 under the USL version of The Sounders, they’re welcoming for all fans who choose to join. The ECS meet up at local bar Fuel and march to Centurylink before matches, posting up in the Brougham End at the stadium. 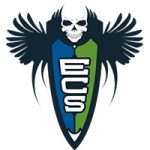 GFC are a civic-minded supporters group that sit in section 120 at CenturyLink. They pride themselves in fighting for social justice and community awareness, and make sure that all fans feel welcomed when cheering for Seattle.

The North End Faithful, or NEF, are the loud bunch. They’re the folks with the drums, confetti, and flags. Their objective is to boost the atmosphere inside of Centurylink, and they do a good job in doing so. 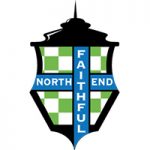 In 2010, four friends who had a difficult time trying to catch the team while they played away, came up with Eastside Supporters. Their mission was to give all Sounders FC fans a spot to watch the team during away games, and their small group soon grew and was ultimately recognized as an official supporters group for the club. You can find their 405 sign hanging from the stands when the Sounders are at home, and also have their own beer, 405 Kolsch, that is served throughout CenturyLink on GameDay. 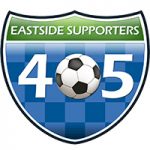 There are few experiences that every soccer fan must have before an MLS match in Seattle. Let’s show you exactly what goes down on game day at CenturyLink Field.

Parading in the Streets

Seattle is famous for their pre-game march to the match that dates back to their USL days. The march to match starts out at nearby Occidental Park in Pioneer Square an hour before kickoff, but you want to get their early because it gets packed, and the louder you are, the more fun you’ll have. Join the Sound Wave, the official band of Seattle Sounders FC, as they accompany you down Occidental Ave with a 43-person ensemble. It’s a unique experience that has been the emblem of Sounders soccer for the last fifteen years.

There’s no place like home, but sometimes the team has to step away from the Emerald City to take care of business elsewhere. We’ll give you the lowdown on where to go to check out The Sounders when they’re on the road.

This traditional English pub started by two guys who just wanted a place to watch soccer. They’ve certainly accomplished that by having plenty of screens for you to catch both MLS and international games. They host various events throughout the week, and are best known for their Tuesday Night Pub Quiz, which isn’t your everyday trivia night.

Just blocks away from CenturyLink Field in Pioneer Square, Fuel is in a prime spot for you to not only watch The Sounders when they’re on the road, but to hang before or after a match. The official bar of Emerald City Supporters, Fuel is also is an official pub partner of the Club.

With three locations in the Seattle area, Flatstick centered around a destination for local beer and mini-golf and their own game, Duffleboard, which is a tabletop putting game. Flatstick is a great destination to watch matches and hang out with friends.

Atlantic Crossing sits in the Roosevelt District and is an official pub partner for Seattle Sounders FC and US Soccer. Atlantic Crossing is an intimate bar that has an English style menu complete with fish and chips, which they consider to be the best in town.