THE CITY OF BROTHERLY LOVE

Philadelphia is one of America’s oldest cities and sports towns. Home to winning franchises in all of the major US sports, Philly is also where the Philadelphia Union call home. Nearing their tenth year in existence in Major League Soccer, the Union have established themselves as one of the toughest teams in the league, with fans who match that intensity in the stands. Grab your cheesesteaks, pretzels and water ice as we guide you through the 215.

WELCOME TO THE HOME OF THE PHILADELPHIA UNION

The Union joined the MLS in 2010 after several attempts to bring the beautiful game to the Delaware Valley in the early 2000’s. Originally set to begin in neighboring Trenton, team officials settled on Philadelphia instead, using the nearby town of Chester as the spot where the Union would eventually play. Today, the Union kick off at Talen Energy Stadium alongside the Delaware River. Although The Union have yet to win an MLS Cup, they’ve come awfully close to a US Open Cup title on three different occasions. Fun fact: The team’s colors of Navy, Gold and Light Blue represent the colors of the state flags of Pennsylvania, New Jersey, and Delaware.

Known as Philadelphia’s first and largest supporters club, Sons of Ben were integral in the formation of The Union in the mid 2000s, singing their signature “4 Leaf Clover” in the River End of Talen Energy Stadium. The group has also given back to the Philadelphia community, in ways such as gifting donations and pledges to local organizations. The group is so well known in the MLS community that a documentary was created, telling the story of how the group came to be, and how they showcase their love for their team week in and week out. 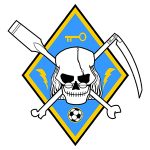 The Tammany Saints’ name is derived from Tamanend, a chief from the nearby Lenni-Lenape Nation, an indigenous tribe that was known for their peaceful relations with William Penn during the early days of Pennsylvania’s settlement. You can hear the Saints shouting a Philly-famous song, “DOOP!” whenever a goal is scored. 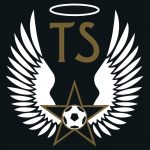 Hanging out in Lot B of the Talen Energy lot, La Union Latina is a supporters group that is inclusive to all of the LatinX supporters. Though their not yet officially recognized by the club due to size, La Union is growing in numbers each season, and certainly make up for their lack of size with noise in the stands.

There are no fans quite like Philly fans. Get the full Philly experience by spending the day with the diehards.

Tailgate with the Locals

Talen Energy Stadium’s unique location beneath the Commodore Barry Bridge provides an awesome backdrop on match days. The Stadium’s lot and nearby Toyota Plaza are the ideal spots to tailgate. The River End is where the supporters groups call home, while the casuals fill the other ¾ of the venue. During larger games, like the ones where the NY Red Bulls come to town, arriving early to tailgate is the move. Expect things to get loud. What else would you expect from a Philly sports team and it’s fans?

Photo by Sons of Bens

While the Union travel around the country, Philadelphia is home to some of the best bars and food venues around.

Voted locally as friendliest restaurant for both humans and pets in 2017 and 2018, Appetites on Main is an official pub partner of the Philadelphia Union. This Exton-based bar has 19 screens and more daily specials than you can handle.

Brauhaus’ beer selection really stands out. Known for having more German brews than any other spot outside of Germany, Brauhaus Schmitz on South Street also can get you to games on the Brauhaus Bus. Use your normal ticket to watch the Union and get a free ride, and another free beer on the house. You can’t beat that.

Fado Irish Pub in Center City is a great place to kick back and watch the Union on away days, or international soccer at any other time. Like Brauhaus, Fado offers transportation to Talen Energy Stadium and a tap that features Guiness that you’d step in front of a screamer for.

We couldn’t let you come to Philly without getting a taste of a cheesesteak, could we? At twelve locations and counting in the Philadelphia area, this official partner of the Philadelphia Union started as a family owned bar and has grown into one of the premiere gameday locations for all sports on the East Coast. Save us some crab fries while you’re at it, will’ya?