The Bay Area is rich in sports history. From the American football teams and baseball franchises, to the city’s most recent successes in basketball, this northern California “town” has become a formidable sports center in the US. From San Francisco to Oakland, The Bay is also a hub for the beautiful game of soccer. International friendlies are often played here at the new state-of-the-art stadiums in San Fran, and just to the south, in San Jose, lies one of Major League Soccer’s charter clubs. Let’s check it out.

FROM THE CLASH TO THE QUAKES

Fifty miles south of San Francisco at the bottom of The Bay that carries that name, San Jose is often called the capital of Silicon Valley and is the home of two MLS titles and two MLS supporters shields. It also happens to be the city where big players like Wondolowski, Wynalda and Donovan have made names for themselves. The team was welcomed into the MLS in the league’s inaugural season as the San Jose Clash. In 1999, The Clash were renamed The Earthquakes, which was both the name of a previously folded San Jose Soccer team in the 70s and 80s, and the area’s dubious geographic characteristics. With some ups and downs over the years, the team has been a mainstay in the MLS Western Conference, with a new coach and a new style of play in recent years.

The franchise has a storied history as the Earthquakes that dates back to the 70s, and with decades of play comes some dedicated fans. Much of the noise generated in Avaya Stadium comes from four main groups. Carrying much of the area’s sensibilities, San Jose supporters are a unique group of fans who have given themselves the moniker of the league’s most “punk-rock” fanbase, even having their own song, “Never Say Die” blasting before each home game as the squad’s official anthem.

Located in the standing only section of Avaya Stadium, the San Jose Ultras are complete with amazing tifo and flags directly behind the south goal. This group personifies the club’s “punk” identity, traveling to away matches with the same energy that they have in the Bay. 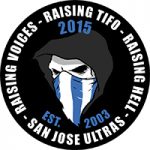 As “the original supporters group from the then-named Clash,” the Casbah have been rocking since 1996 and take their name from the song “Rock The Casbah” by – you guessed it – The Clash. You can find them in the supporters terrace in sections 117 and 118 of Avaya Stadium, or tailgating in the Gold Lot, providing plenty of seismic activity on matchday. 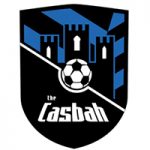 One of the newer supporters groups in the Earthquake family. The Faultline were formed in 2013 as an alternative to the SJ Ultras and also sit in the 117 and 118 sections of Avaya. This more casual group that promotes a family-friendly side to the San Jose supporters section. 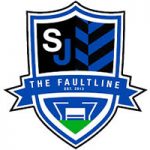 With three cities that make up the Bay Area behind the Earthquakes, the fans are a force to be reckoned with. Here's how these Diehards get amped for gameday.

With Avaya Stadium being one of the newer grounds in MLS opening its doors in 2015, much of the action around the Earthquakes center around the venue. Tailgating occurs all around the stadium, but the Gold Lot is where the supporter groups congregate to choose from an over-abundance of food trucks prior to a match. Then, there’s LOBINA, which stands for “Largest Outdoor Bar In North America,” and it’s exactly what the name suggests. LOBINA is located within the stadium and is often within striking distance of errant kicks and shots on goal. They’re so close to the field that often your drinks, and even TVs aren’t safe. The team packs the house and often is playing in front of a sold out crowd, so the atmosphere is always high energy.

Since the Bay Area is spread out amongst three different cities, there are plenty of spots for you to catch the ‘Quakes in San Francisco, Oakland, or San Jose. We’ll give you the info on where to watch San Jose if they’re away, or if you just want a different experience.

Jack’s is a laid back bar in the Japantown section of San Jose. It’s home to many official Earthquake watch parties when the team is playing on the road. You can catch everything from Premiere League to International matches here, or you can hang and play a little beer pong, jenga or chill in the backyard.

High Five at the Plex

Who needs a spot where you can not only watch a game, but play a game? High Five is at the center of the Silver Creek Sportsplex and overlooks the soccer fields and hockey rinks below. You can watch the ‘Quakes and enjoy pizza courtesy of High Five Pizza Company, who’ve been around since ‘89 serving the South Bay Area.

The AC in Oakland belong to the Oakland Soccer Collective, a group that is meant to bring people together through the game of soccer. Within the space, they have a bar, a “Sky Box” that sits on the second floor, and our favorite, the Rivalry Room, which has dueling bleachers and double sided screens so that supporters from either side can sit (or stand) and cheer on their teams. The AC focuses on building the community, and this is your chance to be apart of it.

McTeague’s has been in business for over a decade and has been a staple of Polk Street, of which their name derives from Frank Norris’ novel of the same name. They’re a prime destination within San Fran if you want to watch The Earthquakes, or any sport for that matter, and they’ve recently renovated the space to give you even more room to enjoy yourself on gameday.