SOCCER IN THE SUNSHINE STATE

Orlando is known around the world as being a magical place, and as of 2015, it’s also one of America’s fastest growing soccer towns. We’ll take you from Kissimmee to Sanford in an effort to get you more familiar with the beautiful game in this central Florida city.

PRIDE OF THE CITY

Orlando is home to Orlando City SC, a team who’s origins began in the USL PRO league with the Austin Aztex franchise. The Aztex were bought by owner Phil Rawlins and moved to central Florida, where they would get off to a running start winning the USL PRO Championship in their first year. The immediate success of the Lions both on the field and with supporters captured the attention of MLS, who awarded Orlando with the league’s 21st franchise. They’ve been playing in MLS since 2015 and have been home to stars like Kaka, Nani and Dom Dwyer. With their partnership with Orlando Pride, the city’s women’s NWSL team, Orlando is known for having one of the most diverse and inclusive fanbases in the league.

Orlando’s longest-running official supporters group, The Ruckus formed in 2010 who support their team rain or shine, home or away. They’re one of the more friendly groups, and their site even includes the lyrics to the chants that they sing from The Wall. Quite useful if you ask us. 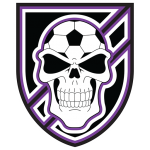 The ILF was founded in 2011 in the common barra brava themed supporters groups that bring a latin and caribbean flavor to Orlando City matches. They’ll be in the wall with the flags, drums and tifo. 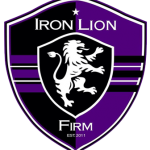 With famous theme parks and attractions, there’s plenty to do in Orlando on both game day and off days.

During the pre-game, you’ll definitely want to be downtown on Church Street, that’s where it all goes down. The club throws a Fan Zone experience before every home game, so you can tailgate with casual fans Both the ILF and Ruckus have a stadium march about an hour before the match, we would suggest visiting either group’s social media to find out where they begin their walk to Exploria in downtown Orlando. After the match, you can hit Church Street again and hopefully sing to the opposing fans about your win.

Photo by The Ruckus

If you’re looking for nightlife and or bars in central Florida to watch Orlando City, you’ll have no shortage of options. The team has official pub partners that all offer a unique look and feel depending on where you decide.

Lion’s Pride Orlando is a wide open two story lounge that’s within walking distance of Exploria. Catered to soccer fans, this downtown Orlando hang out features a 200 inch entertainment wall, stadium seating and outdoor patio. It’s partnership with Orlando City Soccer and Orlando Pride make it a perfect place to check out games on away days.

Liam Fitzpatrick’s has the look of an Irish Pub with a wide-ranging menu, and is located about 20 minutes north of Orlando in the Lake Mary area. They’ve been around since 2008, and know how to cater to families and large groups. They’re an official club partner, so look out for specials on gameday.

The Hammered Lamb is a casual bar in the Lake Ivanhoe neighborhood north of downtown Orlando. If you’ve got the urge to watch some soccer and eat some fantastic gyros, this is your spot. The Hammered Lamb also has live music and an outdoor patio with ping pong and other activities to keep you busy before or after the game.

Official club partner and home to the Iron Lion Firm, Elixir is a pub, lounge and nightlife destination all rolled into one. They’ve got a huge outdoor patio for you to soak in that Florida sun, and plenty of events happening throughout the year, so even when the season is over, you’ve got a place to go.