New York is rich in soccer culture. While there might not be the most green space available, New Yorkers find the beautiful game in the form of converted pitches, small sided games and even rooftop fields. The Big Apple also has a vibrant history in the world of professional soccer, dating all the way back to the 1910s with the American Soccer League. Fast forward to the 21st century, where the New York City metropolitan area has four professional soccer teams and loads of other lower league or amateur squads. But the big boys fall on either side of the Hudson River. A rivalry spawned from relentless competition and local influence, The New York City Football Club and New York Red Bulls are constantly battling for bragging rights in the city that never sleeps.

WELCOME TO THE HOME OF THE NEW YORK RED BULLS

The NY/NJ Metrostars entered the league as one of Major League Soccer’s inaugural clubs. They immediately found success with players like Tab Ramos and Tony Meola. They evolved over the years and with new ownership came a new name, the New York Red Bulls. A perennial play-off team in the East, the Red Bulls have had names like Thierry Henry play at their Harrison, NJ based stadium, with a fanbase that is one of the most passionate in MLS.

Sitting directly behind goal, ESC are Red Bulls oldest group of supporters in the South Ward. These supporters have remained loyal through not one, but two name changes, and celebrates their commitment to the team with exciting songs sung in both English and Spanish for all to hear. 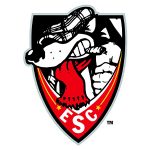 The Garden State Ultras are a loud bunch, known for singing proudly for the entire duration of every match. That, paired with their many flags, banners, and smoke shows, you can’t miss ‘em at any Red Bulls game. 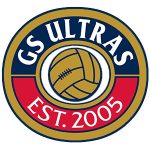 This group got their name from former Red Bull coach Hans Backe. These guys are the ones with Viking helmets and war paint. They know how to have fun, but will also spare no words on opposing teams. 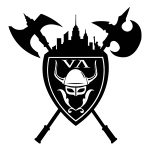 On either side of the Hudson, you’ll find plenty to do before the big game. Get pumped for the Red Bulls and hit up the bars with the diehards!

Red Bull Arena is surrounded by plenty of bars and restaurants as the grounds sit on the Passaic River. The Bullevard opens three hours before matches and provides a fanfest, biergarten and DJ so that all ages can enjoy the matchday experience.

If there’s one thing The Big Apple has, its places to kick back and watch the game. We'll give you a few places to start.

Perfect sports bar in Jersey City to watch NYRB with plenty of TVs to go around.

The Football Factory at Legends

A premier destination for soccer in New York City, this bar features supporters from teams all over the world.

In the shadows of Red Bull Arena, the Green Room is en route or in the path of your exit to and from Red Bull matches

Located in the heart of Midtown NYC, this bar looks to keep a piece of that Old New York with vintage framework, photos and memorabilia inside its walls. You can find nearly every league from Brazil to Russia on one of their many monitors, and is perfect for viewing the Red Bulls on matchday.