New York is rich in soccer culture. While there might not be the most green space available, New Yorkers find the beautiful game in the form of converted pitches, small sided games and even rooftop fields. The Big Apple also has a vibrant history in the world of professional soccer, dating all the way back to the 1910s with the American Soccer League. Fast forward to the 21st century, where the New York City metropolitan area has four professional soccer teams and loads of other lower league or amateur squads. But the big boys fall on either side of the Hudson River. A rivalry spawned from relentless competition and local influence, The New York City Football Club and New York Red Bulls are constantly battling for bragging rights in the city that never sleeps.

WELCOME TO THE HOME OF THE NYCFC

In 2012, Abu Dhabi-based City Football Group founded a club in New York City that would play within city-limits. New York City Football Club would be the 20th MLS franchise and began play in 2015. The Boys In Blue have seen immediate success over the last five seasons with players like David Villa and Maxi Moralez. NYCFC play within Yankee Stadium, which provides a unique backdrop to the average soccer matchday with a cosmopolitan feel.

An all inclusive group of supporters who represent the melting pot that is New York City. The Third Rail can be seen marching down River Avenue on match day and shouting from the stands for the full 90 at Yankee Stadium. 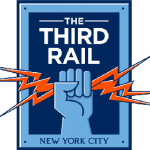 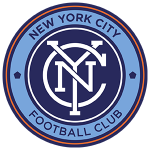 On either side of the Hudson, you’ll find plenty to do before the big game. Get pumped for the NYCFC and take over the streets with the diehards!

Party in the Streets

Getting to Yankee Stadium is possible by car, bus or train. As you spill out of the 161st St. Station, bars lined around River Avenue usually have members from NYCFC supporters groups spilling out of them before match day. On days where the games are big, you’ll find all supporters groups marching, singing, and drumming down River Ave before heading to the gates.

If there’s one thing The Big Apple has, its places to kick back and watch the game. We'll give you a few places to start.

This Bavarian style beer hall has 24 beers on tap at all times, and is known for having a NYCFC player drop in every once in a while.

Home to the Third Rail Supporters group during away matches, you can celebrate big wins with some of the best fans in the MLS right here at St. Pats!

This Midtown spot is home to plenty of NYCFC events during the year, and has weekly opportunities to win tickets.

Located in Brooklyn’s Industry City area, this spot gives you a beautiful view of lower Manhattan, featuring a bar and over FIVE indoor soccer fields for pickup.