Los Angeles is the city of Major League Soccer stars. For over twenty years, LA’s soccer scene has become home to some of MLS’ most epic teams, stars and storylines. Just twelve miles on the 110 highway separate the city’s two teams, LA Galaxy and LAFC, a burgeoning rivalry nicknamed “El Trafico” that has provided plenty of fireworks. These two teams are steeped in tradition and starpower, and the other a burgeoning powerhouse set in the heart of the city. We’ll get you up to speed on who is who in Hollywood.

WELCOME TO THE HOME OF THE LAFC

When former LA mainstays Chivas folded in 2014, Los Angeles Football Club rose from the ashes with a star-studded ownership group that features the likes of Will Ferrell and Magic Johnson, and has made an immediate impact on Major League Soccer. Their fans have immediately taken to the black and gold, filling up their stadium week in and week out. They’re currently rocking the West with head coach Bob Bradley and a cast of big time players, undoubtedly playing with their eyes on the prize.

LAFC’s Union of nine unique supporters groups that celebrate the diversity of Los Angeles. These supporters groups have joined together to form The 3252. From the Valley to the Beach, a mixture of casual and ultras make up a passionate fan base who’s cheers for the full 90 echo throughout Banc of California Stadium. 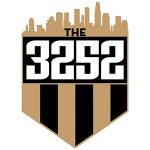 A family oriented supporters group that is centered around the club and the community. D9U have chapters up and down California and as far as Atlanta. 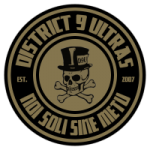 One of the founding members of the 3252, Black Army is vocal group that can be found at Banc of California Stadium’s North End. When they’re not traveling to away games, you can catch them at The Down & Out in Downtown LA. 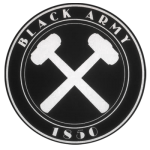 Founded by a group of exPats from England and American soccer fans, the Lucky Boys hail from Lucky Baldwin’s Pub in Pasadena, which is also the Official LAFC bar to watch games on away days. 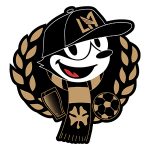 Tailgating runs the is the way to before matchday in LA. Supporters from both teams organize outside of their respective stadiums. You can hang with the supporters groups or join the fan fests that both teams hold throughout the season. Either way, you’re in for some fun.

The party starts in the shadow of LA Coliseum on Christmas Tree Lane on select match days. Banc of California Stadium also features Fields LA, which is next to the stadium and features some of the best food options around. You can join various groups of the 3252 to enjoy small sided games, barbecue, or literally beating the war drums.

Is your team away for the weekend? Can’t make it to the game? Fortunately you’ve got options, this is Los Angeles, after all. We’ve got a ton of diverse spots for you to sit down and cheer your squad on.

Belgian craft beer heaven. Bluebird Brasserie is located in Sherman Oaks and one of LAFC’s official bar partners. Bluebird pays homage to everything Belgian, from the beer to the cuisine. The interior of the bar is designed to take you to a place far away from Sunny LA, and they do a great job in doing so.

This sports bar is an official partner of LAFC during away matches and also is the official home of Los Luckys supporters group.

Traditionally a bar that’s home to local baseball fans, Hi Tops is a LGBTQ inclusive spot in West Hollywood that holds events ranging from happy hour to gym night during the week, and is home to plenty of LAFC fans.

El Tejano in North Hollywood is often used to house fans during away matches. It features a classic Tex Mex cuisine and plenty of drink specials to hold you down.