When you travel to the Lone Star state you’re typically greeted with football, great food, and cowboys. But in Texas, they go big, and soccer is no exception. As one of America’s largest cities, Houston is home to The Dynamo, a team that started their MLS tenure with a bang and has seen great success ever since. In 2018, The Dynamo were named the US Open Cup champs, slating themselves as one of American soccer’s most recognizable clubs both in tradition and notable orange appearance. Let’s take a look at how the Dynamo have put things together.

THE BEAUTIFUL GAME IN BAYOU CITY

The Dynamo came into existence after MLS originally announced the relocation of the San Jose franchise in 2005. The California team moved to Texas for a fresh start, and the Dynamo were born. The team started play in 2006 and hit the ground running, winning two MLS Cups in their first two years. In the following years they moved into their own facility, BBVA Compass Stadium, and would even earn a 36 game unbeaten home record that would stretch over two and a half seasons in all competitions. The Dynamo have managed to maintain their success in the MLS Western Conference and have had multiple years within CONCACAF Champions League. Over the years they’ve also partnered with high profile owners like Oscar De La Hoya and James Harden, with their Houstonian pride showing every time an orange jersey hits the field.

Dynamo Fans fill BBVA Compass Stadium every weekend to form the Houston Supporters Alliance. You can always hear the fans singing “We Are Orange” and watch them rally around the pregame cannon, Ponce, named after the late supporter Leo Ponce. The cannon is fired after every Houston goal scored at home, causing the crowd to erupt. Come into the “Zona Naranja,” you’ll feel right at home.

The Firm sits in section 215 of Zona Naranja and are modeled after the traditional English supporters groups of the 80s and 90s. Donned in their black shirts, adidas shoes, and jeans, The Firm take on a punk approach to supporting The Dynamo.

El Batallon is the barra-style Latino influenced supporters group that is identifiable in many supporters groups around the league. Their colorful approach to supporting the team is even brighter than the orange that the team they love wear every game. 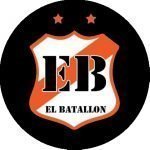 The Tex Army are Houston’s oldest supporters group dating back to when the team was first announced.They take pride in reflecting the diversity of Houston and invite everyone to tailgate hours before every match. 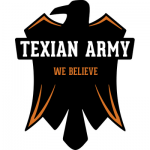 Located in Houston’s East Downtown, or “EaDo” area, there are plenty of things for you to do on matchday. There are tailgating spots, bars, and restaurants, all within walking distance of The Dynamo’s super accessible stadium. Of course being in Texas, you know the food is going to be amazing, so you’re going to be in good shape no matter what option you choose.

Photo by the Texian Army

There’s no shortage of bars and nightlife spots for you to hang and watch the game in Houston. We’ll give you some of the best places near BBVA Compass Stadium to watch soccer when the Dynamo are both home and away.

King’s Court is an EaDo spot that is literally in the shadow of BBVA Compass Stadium. This bar specializes in both Indian fusion and English cuisine, and has a rooftop bar for those days where the weather is at its best.

Little Woodrow’s is located near the stadium and offers a massive beer selection and plenty of seating for those big matches against FC Dallas and the likes. Here, you can catch The Dynamo game from their outdoor turf patio, where your pets are more than welcome!

Named after the “8th Wonder of the World,” the old Houston Astrodome, 8th Wonder opened its doors in 2013 in a dome-like brewery in downtown Houston. They feature their own craft beer and release various flavors throughout the year, which alone is worth checking out.

A traditional English pub is always needed when trying to check out a game of soccer. While the Dynamo are away, Richmond Arms is a lowkey spot in the Larchmont area of Houston that provides classic English food. Come for the soccer, and stay for the atmosphere.