Major League Soccer has seen massive growth over recent years. We’ve all seen it. Expansions teams popping up all over. Soccer-specific stadiums are becoming the “norm”.

Cities are showing up and showing out … but in all the hype and pomp and circumstance, there are some special groups that have laid a framework, been through up and downs but have built a culture so rich in success, that it simply cannot be ignored. From the depths of a flooded RFK stadium to a historic turn around at the new Audi Field – the SCREAMING EAGLES have seen it all! 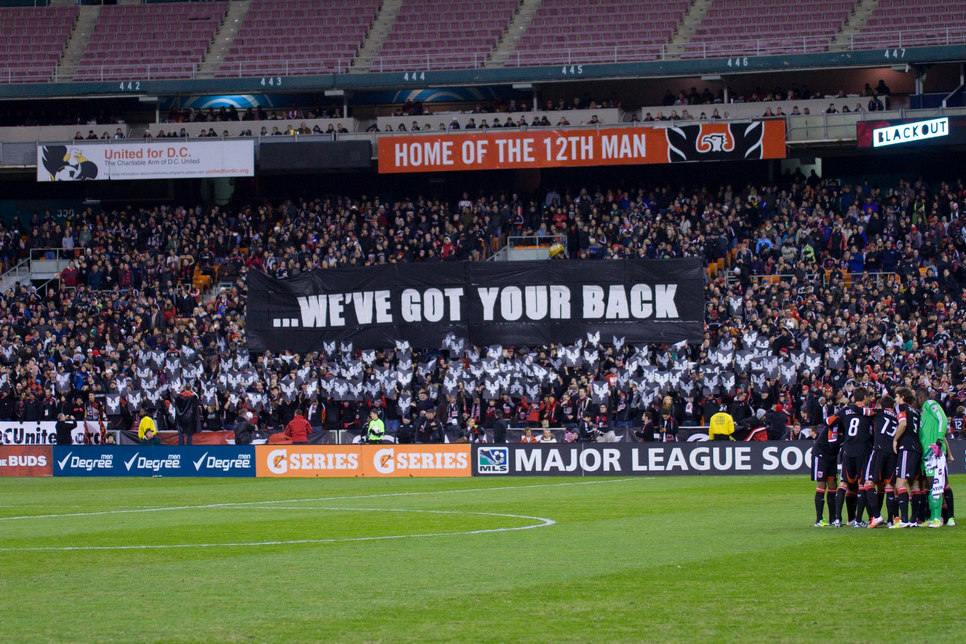 D.C. United is one of the original MLS team, making you one of the pioneer supporter groups. Tell us how it all began?

(As told to us from Screaming Eagles Founder, Matt Mathai)

I was an early member of Sam’s Army, the USMNT supporters group. When MLS was created, and I heard that DC was to get a team, I wanted to replicate the idea of Sam’s Army. (A lot of us who founded MLS supporters clubs were friends from Sam’s Army.)  First thing I did was I created a web page to start people talking about DC’s new MLS team. I found the address and telephone number of DC’s MLS team office (while it was still in NY) and called them out of the blue. I told them that I had (at that time) over 100 people who were excited for the team and were willing to help spread the word. The first person I spoke to was Stephen Zack who and shot me over to Kevin Payne (VP of marketing and team president, respectively  – we agreed to show up at events and to spread the word, and Stephen promised to give us information on the formation of the team.  At first we started to get  early info about the competition rules (shootouts, regular-size goals, etc.) and things started to take off but we needed a name. So we ran a contest on the website and through the Washington Post. Boom! Screaming Eagles was born.

Now that we had a connection to the team and a name, rules of engagement came next; it was important to get this right to keep information flowing. Once we had a coach, players, and a facility (old Redskins Park) we started to meet regularly to talk about day-of-game issues, etc so we met with Fred Matthes, then the director of ticket sales to talk about our location in the stadium and pricing of supporters tickets, and solidified a space in the stadium.

What is the origin of the name Screaming Eagles? How did that come about?

The DCU logo has an eagle in it. Supporters scream. The name selection out of a handful of choices was pretty easy. There was a minor concern that some people might think we were associated with the 101st Airborne Division, but I got precisely one email about it.

How did the addition of Wayne Rooney this year impact the club? More importantly did it lift awareness of soccer in the nation’s capital and on fans?

First, it was a signal to the wider fan base that D.C. United wanted to compete again. Second, the on-field impact was huge as his skill and vision freed our other skill players. Lucho Acosta started playing at an MVP level. Third, locker room leadership was essential for a young team. I don’t think that the dedicated supporters really had a handle on just how much name recognition Wayne Rooney had among casual fans and non-fans alike. There were plenty of people that came out only because of his name that decided they loved what they experienced and have decided to come back gain and again. 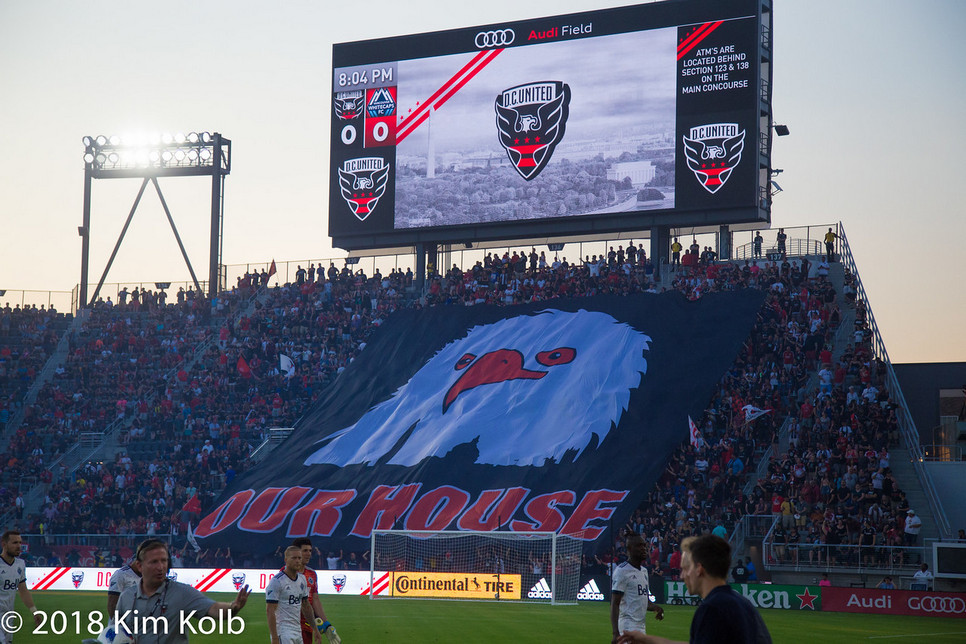 Where in the stadium is your section located?

The supporters’ section at Audi Field are sections 136 & 137. We also have a seated section of members in 130 and our section to bring kids and coaches from our charitable partner DC SCORES in section 138.

What is the name of your section?

In your opinion, where can you find the best food at the game?

Either the pupusa stand directly behind the supporters’ section or the arepa counter along the west stand.

What makes Audi Field stand out among the other MLS stadiums?

Seats have a very steep rake and the stands are tight to the field. You’re right on top of the match. 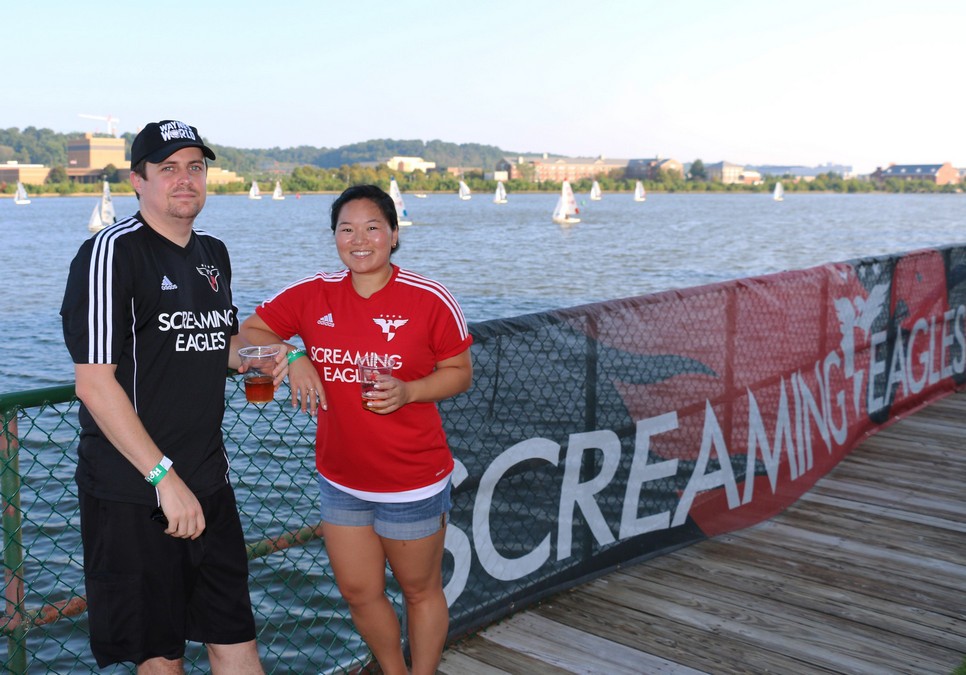 Tell us about the tailgating in D.C. and how has that changed with the new stadium?

Lot 8 at RFK (Rest in Peace) was our spot for decades. Audi Field doesn’t have the wide expanses of parking for that sort of tailgating. But we’ve been able to develop a special partnership with a local environmental non-profit, the Earth Conservation Corps, to use one of their buildings for the pre-match party. It’s only two blocks south of Audi Field, has a huge deck right on the Anacostia River (seen above), a great roof, and even a rescue home for birds of prey! We’ve stocked it with foosball, cornhole, and free beer for members all year to make the party.

A traditional one was the “Wings of an Eagle” song that is well know that ends in us dropping excrement on an opposing side’s city. This year we’re going to have the DC SCORES kids use their poetry skills to write an original song. I anticipate that will quickly become a favorite. 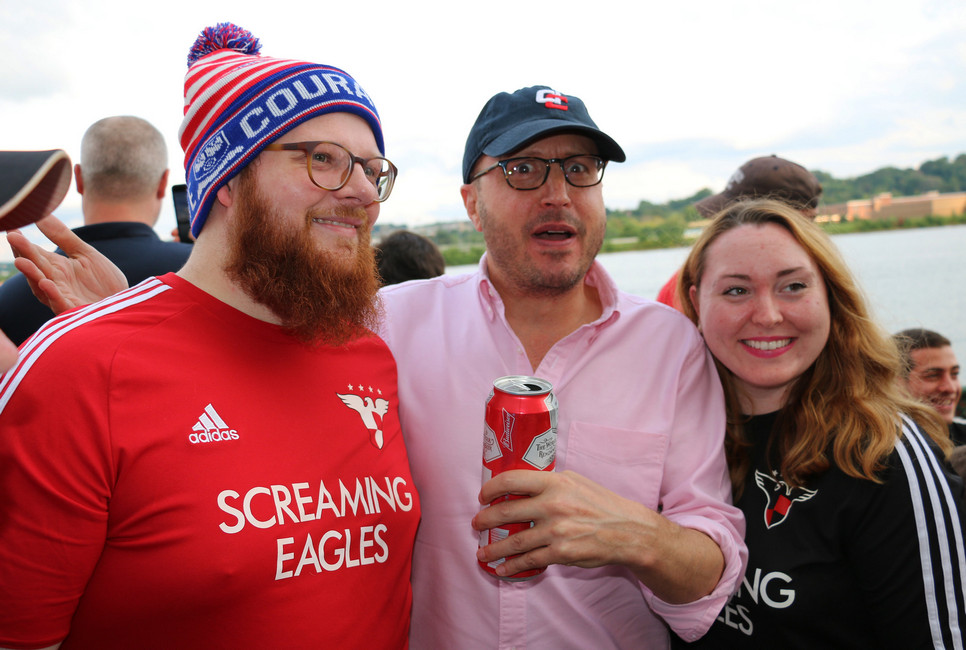 If you can’t make it to the game, where does everyone meet up? Do you have game watch parties?

Our away match spot is Across the Pond on Connecticut Avenue in NW DC. The owner, Gerry, is a class Irishman and a long time friend of the club.

To the ends of the earth and beyond! Seriously, we once did a “NAFTA” trip where we saw a match Sunday in DC, Wednesday in Mexico City, and Saturday in Toronto. Three countries, three matches, one week. 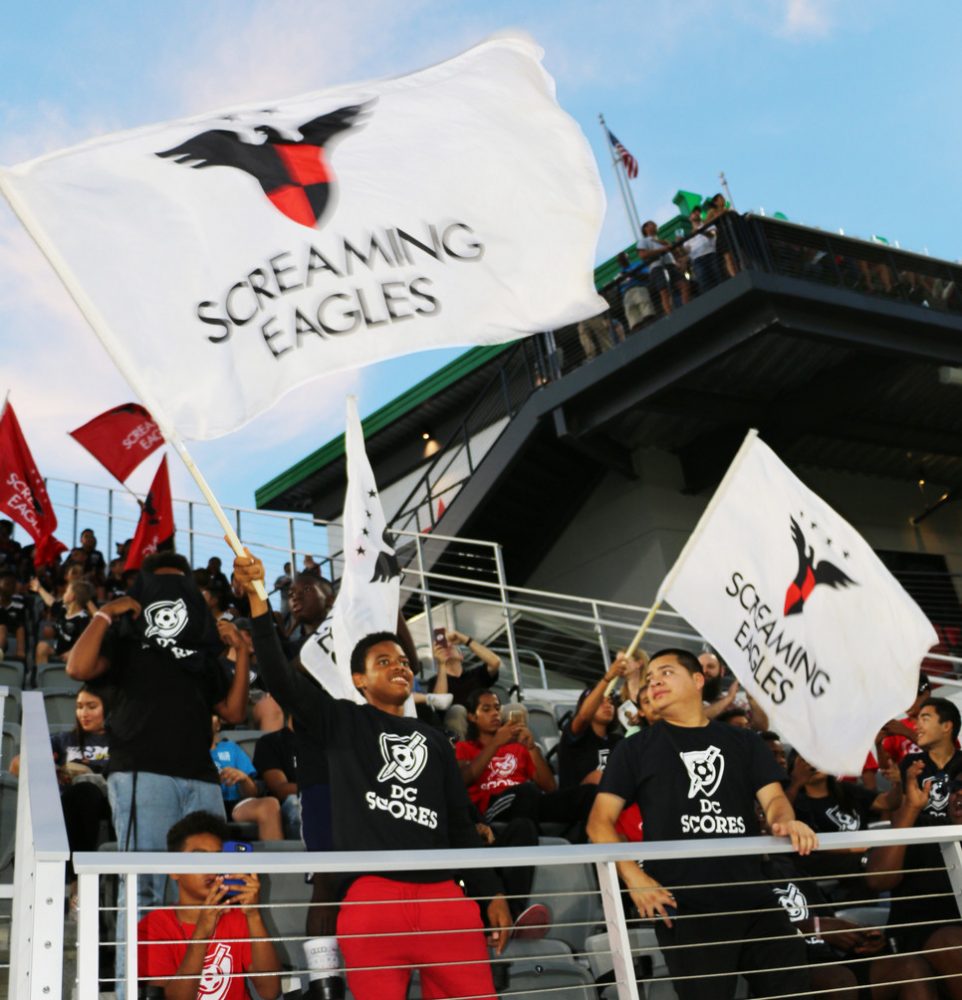 What is the greatest moment in D.C. United history?

I’d say Eddie Pope’s header to win MLS Cup ’96. It’s an iconic moment for all of MLS and was the first of our many trophies.

What makes you guys one of the best supporter groups in the MLS?

Our civic engagement. We’re seriously dedicated to service to our community with some initiatives that we don’t think anyone else is replicating yet.