The Premier League fan base spans across the globe with people rooting for teams of countries they’ve never even been to before. But as you may know, the biggest enthusiasts are those who keep the crowds roaring. That’s right, the supporter groups. These devotees are loyal to their team and treat their fellow group members like family; they stick with their team through losses and celebrate their wins harder and louder than everyone else. One group that sticks out and exemplifies what it really means to be a diehard, would be the Chicago Manchester United Supporters’ Club or MUFChicago. 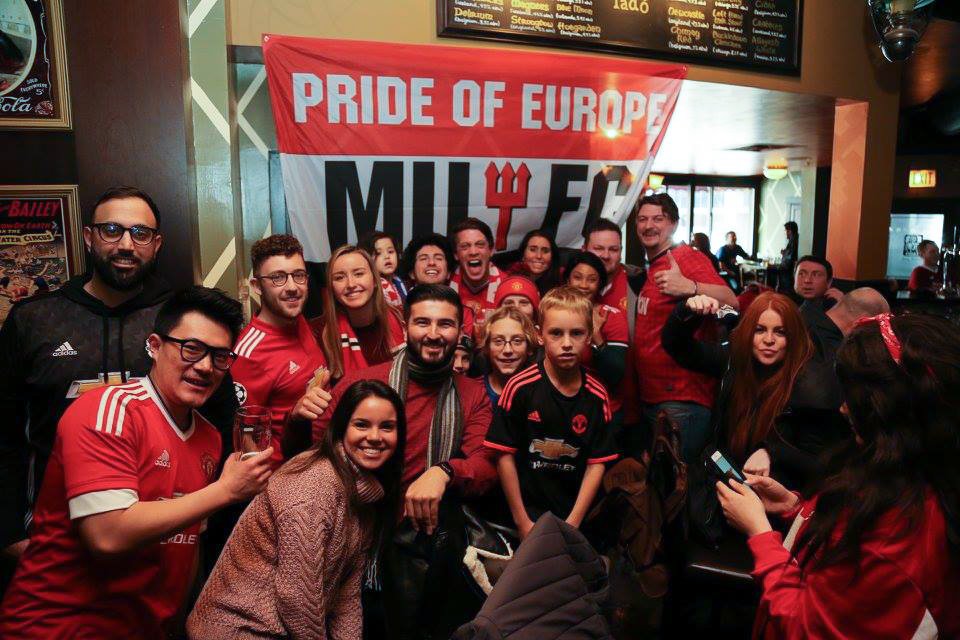 On the history on Manchester United supporter group, MUFChicago…

What is your name and how long have you been affiliated with the MUFChicago?

My name is Gonzalo Del Rio and I have been affiliated with MUFChicago for 13 years.

Where did your love of soccer start?

When did your fandom for Manchester United begin?

In my early years as a kid. I would have to thank David Beckham and the Manchester United Football Clubs for that.

What’s it like rooting for a team that’s halfway across the world? Do you ever wish the Manchester United were local?

Being able to connect with other people and cultures from various parts of the world is the most appealing to me. Sharing a mutual love for the same sport really unites fans, even when they’re halfway across the world. There are MUFC fans everywhere and when they’re visiting Chicago, we hope they would join us at the Fado Irish Pub.

No, I don’t wish Manchester United were local but if I was able to teleport to Old Trafford from time to time, that is something I can get behind.

Who are your biggest rivals? Do you think that rivalry has contributed to the growth of the game?

Liverpool may be the “hot” rival currently, but historically I think it’s Manchester City. City is the local rival and being from Chicago, it’s a very White Sox versus Cubs feel. When these games are scheduled, you look forward to showing the world who really is the biggest club from the city. In our case, Manchester United 🙂

What is the most memorable moment in MUFChicago history?

I would have to say when NBC Sports came to the Fado Irish Pub to record a live-segment of our group. That was a very memorable match.

Oh, and I have to say, we became an “Official” Supporters’ Club this Season. So we are technically now known as the Chicago Manchester United Supporters’ Club. That is a milestone we have been looking to achieve since I became President of the Group in 2015. 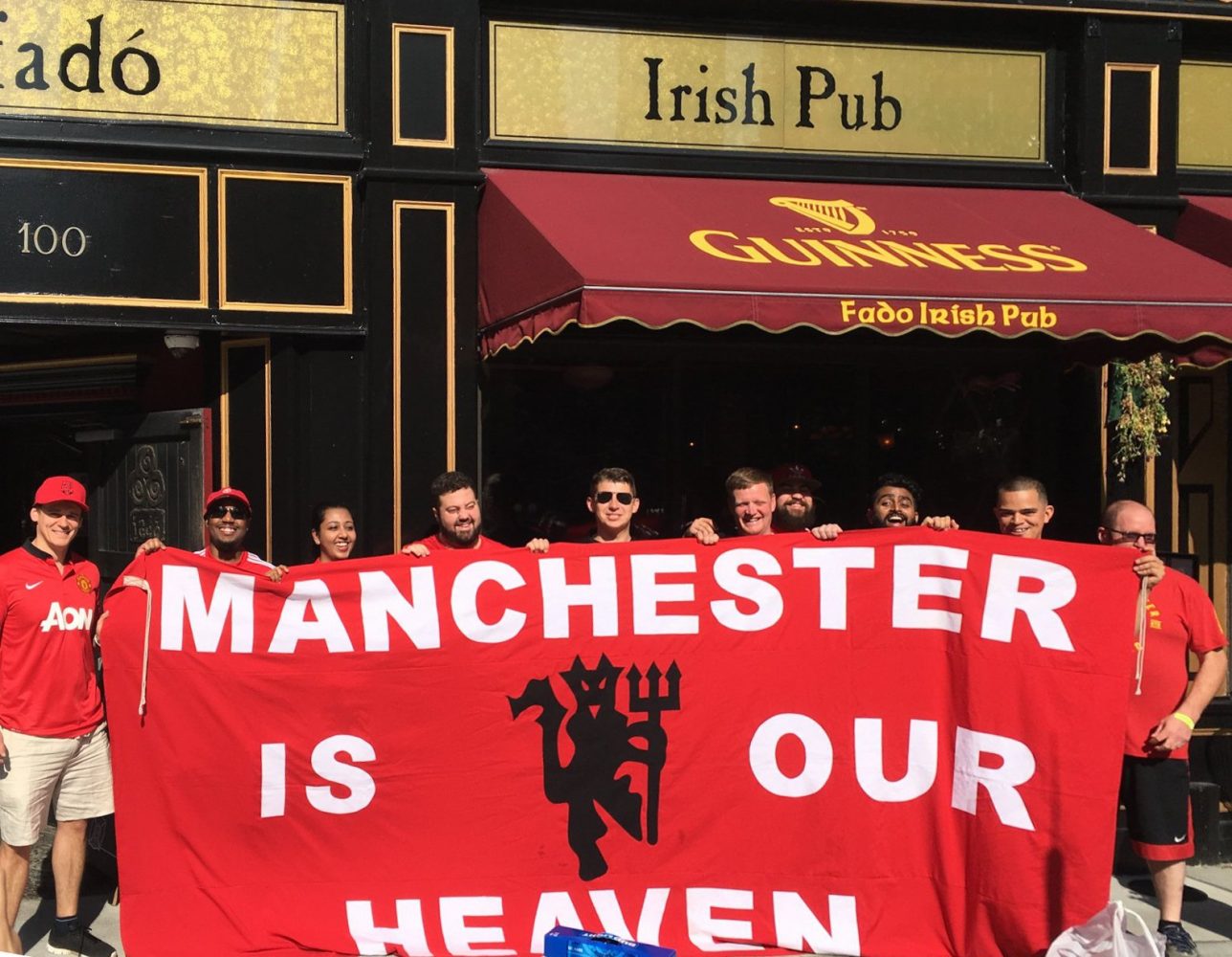 If your team had superlatives, who would win… Most Spirited?

The members who regularly attend the United matches at the Pub are all very spirited…it is hard to choose one. Dan, Garrett, Miro. Those three gentlemen love to get chants started. Chanting is a big part of our match day experience.

Tim. He always wears his Manchester United jersey or some sort of team gear. Whether it’s a throwback kit, or a simple MUFC t-shirt, he always come well “dressed” for the matches.

C) All the Above. Everyone of our members is a diehard. Some definitely know more of the “ins and outs” of the Club, but anybody that is willing to wake up at 6:00am on a Weekend to catch a soccer/football match is a diehard in my book. 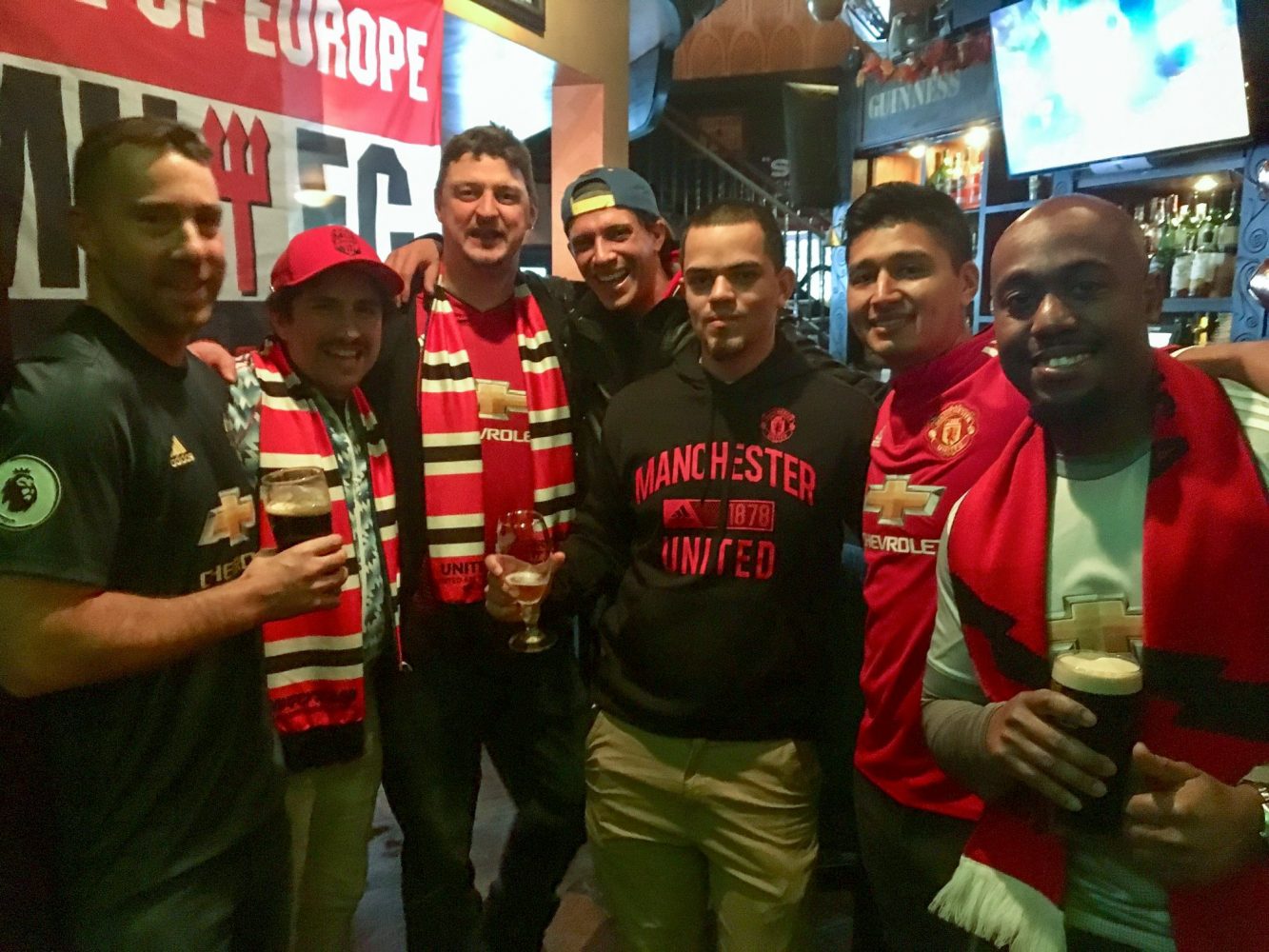 What is your group’s favorite chant to do during games?

“United is the team for me” This chant is used before kick-off and any time we like to remind those in attendance who our favorite team is.

What can a newcomer expect if they were to join your group during a match?

A lot of fun, to say the least. We are a fun group that chants, banters, and wants to see this Club succeed.

Do any members of MUFChicago ever make it out to Europe for a game?

Yes, all the time! Some of our members were there to watch the most recent win against Tottenham and then were able to catch the match against Manchester City. Needless to say, they had a memorable experience. Maybe they’ll just stay overseas and be a good luck charm to the Club. 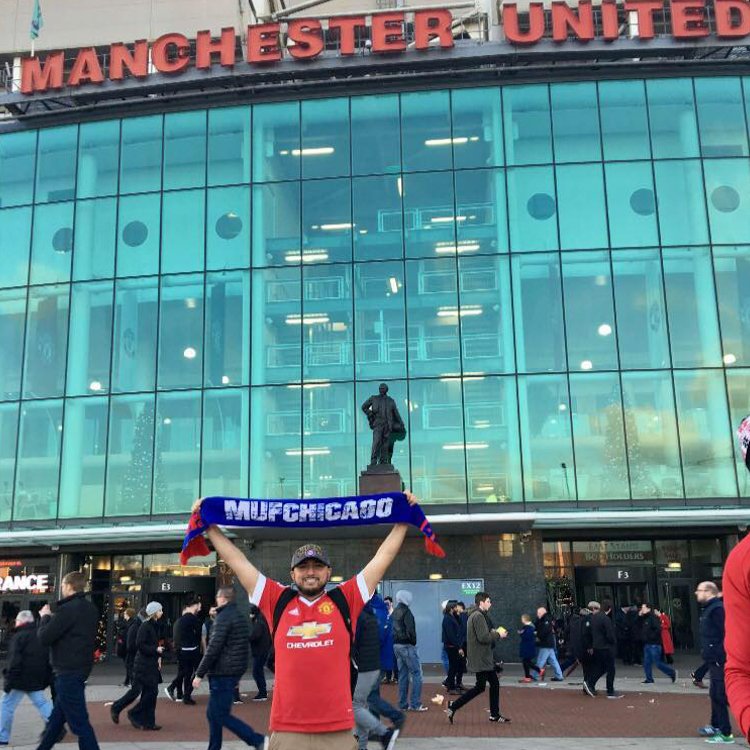 On the customization of your spirit…

How do you use your custom scarves to show your spirit? For example, where do you wear them, do you display them in your home, etc.

A scarf is 100% part of my daily outfit. It’s cold in Chicago currently, and scarf weather is very much a thing. I love using it to keep myself warm and it’s a great conversation starter.

How did you use customization with Diehard to make your scarves unique and special?

The team at Diehard just made the customization process super easy.
From the pricing layout, to the designing, to the delivery…it’s a great process. I remember designing our first group scarf as if it was only yesterday. Matt Ryba made everything very simple. He took our logo, our colors, our ideas, and executed some amazing options. We continue to make scarves that stand out, every season. 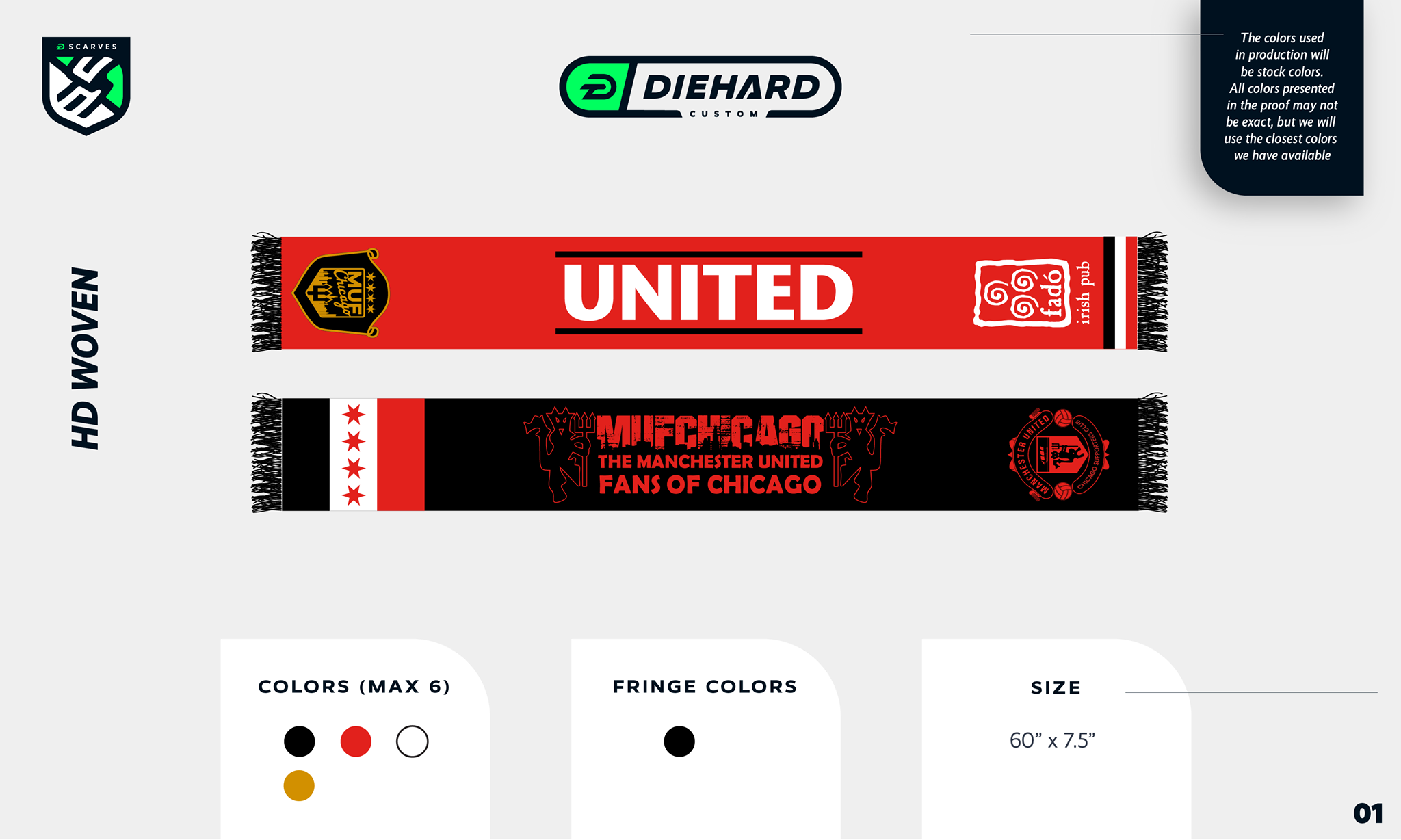 Primarily it is I who manages the @MUFChicago social media, but we all pitch in for creative content. Whether it’s Elwood ensuring we have some good videos on Instagram; or Abs reminding me to create a Facebook Event; or any of the other members who raise their hand and want to make an impact on our social media pages.