Is it possible for rival fans to come together? I mean, really – is it?

If you know anything about the soccer, or football community, you know that their fans are passionate. They will do anything and everything to support their club. They can be ruthless!

But what if I told you – That rivaling fans of say Manchester United and Liverpool could actually come together and wear the same colors, sing the same songs, even embrace

Without further ado … meet the LUCKY’S 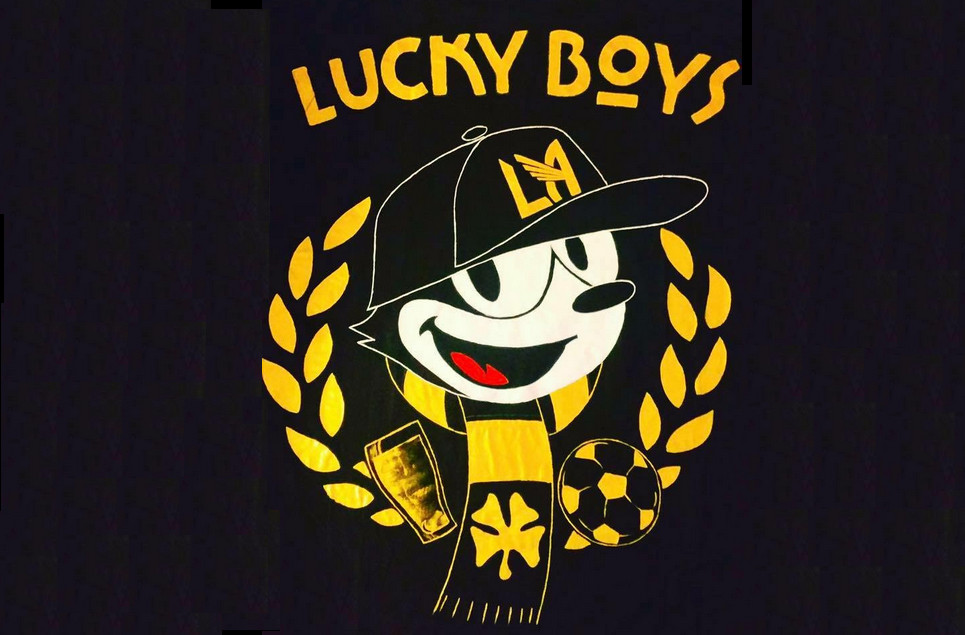 Lucky Boys: The Coming Of Age

First off, tell us (and the world) who you are and where you came from?

We are Los Luckys from Los Angeles, California. Supporter Group of the Los Angeles Football Club.

Where did the inspiration for the name come from? How about the logo?

The name Los Luckys comes from Lucky Baldwins Pub where we have meet for over 20 years to watch Football. The Felix the Cat logo comes from the Felix car dealership near the stadium. Their car culture and Felix sign are Los Angeles icons. Felix also means Lucky in Latin. So it was natural for us to adopt Felix for us.

Its been 2 years since LAFC stormed the MLS. They came ready and hit the ground running similar to what we saw in Atlanta the previous year. Tell us a bit more about what that first season was like?

The first season was a dream come true. It was years of supporting and believing before there was a team or coaches or even a crest and colors. Then both the team and the supporter group absolutely hit the ground running. It was full of memories on and off the pitch that we’ll cherish forever.

LAFC has a unique relationship with their supporter groups – one that we don’t typically see around the league. There’s the 3252 which encompasses many if not all the SG affiliated with LAFC. Tell us a little about how that works and what benefits a SG has under that “umbrella”. Why does this work for you guys?

We always have to stay together in the end because the main goal is to support the club and to be the 12th man at the game. That is always first and foremost. Most SGs have their own unique different styles of support, but we try our best to come together and to build our own style through that mixture. Los Angeles is a city of many cultures. We wanna be inclusive and bring everyone in to the mix so that the club truly reflects us as a city. 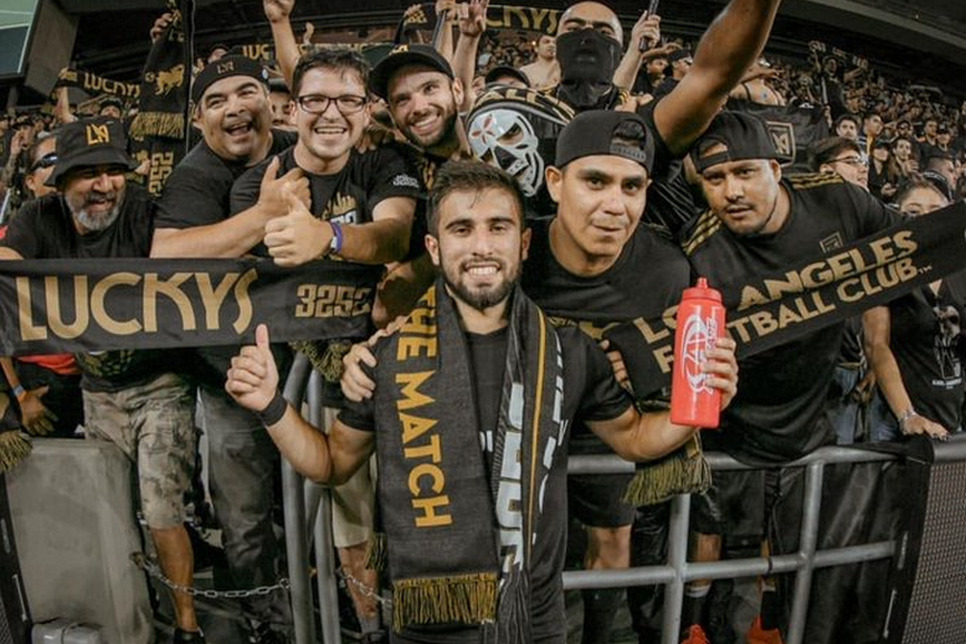 Building a supporter group from the ground up can be tough, what was your process like?

For our founders it was easier because we knew each other and we’re good friends for many years. It was an unique process for Los Luckys because for years we always supported different teams in the EPL. We all come together for LAFC now, and that’s one aspect tha makes the club special for all of us in the group.

What mistakes did you guys make that new supporter group start-ups could benefit from avoiding?

We didn’t make this mistake, but I have made it before and seen it made many times before… I always advise against starting a group with people you don’t already know. It makes a big difference to know who you are getting involved with and have everyone start from the same goal and mission.

Were scarves helpful for you guys to spread your message? If so, how?

Absolutely, it was helpful in spreading the message and building excitement. Our first scarves brought lots of joy to us, and was a symbolic icon of our history with a tribute to the founder of our pub on it.

How did the team & players react to the movement?

The team and players seem to be all on the same page with our movement. Truly make the experience so special.

What was it like the first time you saw the group being recognized nationally?

It was very rewarding to see that. It validates all the hard work and vision that we have, and motivates us to continue and take it to the next level.

Lucky Boys: The Hype Is Real!

LAFC not only came in hitting the ground running from a “team” standpoint – but they came in a beautiful home built for this team and their fans. From what we hear, this is one of the best stadiums in all the MLS. Tell us what you love about the BANC?

That safe standing supporter section is what we love most. Even more special to us because the team built it with our wishes in mind. We were even invited to some of the architectural meetings to give our input directly. So it’s really special to see it come to fruition.

How was the energy around the stadium? Was it nervous? Exciting?

Exciting. Especially with the way that first match ended. A goal in extra-time put the cherry on top of one of best sporting experiences of my life.

If Lucky Boys had their own awards, who would win the MVP?

Definitely Sal. Nobody has put in more time towards the group and the club to build what we have today.

El Tráfico …. Give us your thoughts on this Rivalry – Seems like little effort was needed to get the juices flowing and in year one … it didn’t disappoint.

I think the rivalry is essential for the league, but also for our city. It reflects the football culture of Southern California. The heat of the rivalry makes it way more fun. 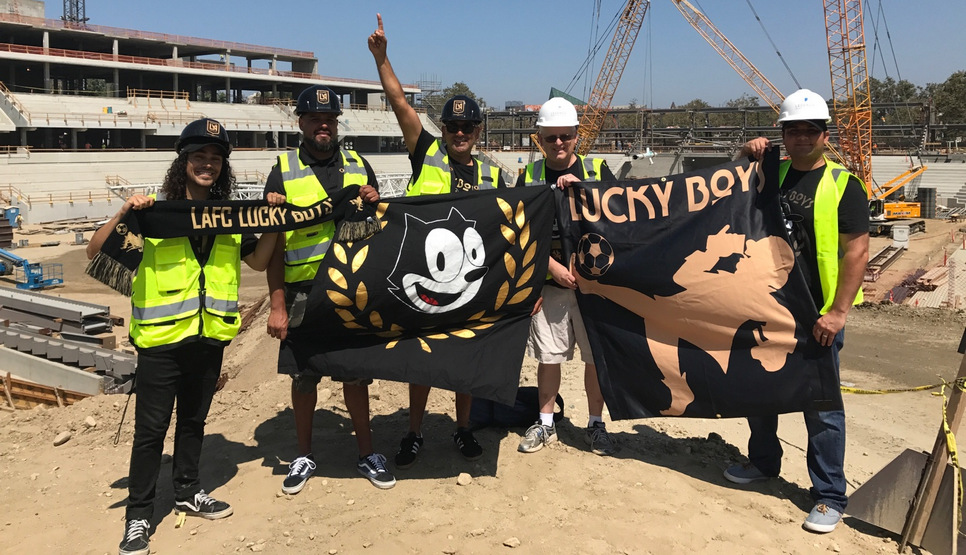 Lucky Boys: Beyond The Pitch

What is the greatest moment in LAFC history?

April 29th, 2018. The inaugural match at LAFC. Truly a dream come true. It validated everything we did before and prepared us for everything that followed.

What is the greatest moment in Lucky Boys history?

A hard one to answer, but one moment stands out in my head… The first away match we watched together at the pub. The place was absolutely packed and rocking. We were home and all supporting the section team for the first time, with a lot of new friends. LAFC beat RSL 5-1, and the party was on.

If there was one place inside the stadium you would direct me to for food … where am I headed?

I never eat during the game. Best thing I have had are the chicken sandwiches at the fields. A post-game favorite for me.

First start it with people you know, or can become friends with. That’s what it’s all about in the end. Second, make sure everyone has the same goal and mission. Finally, always keep in mind that it’s for fun, and to support the club. It will get you through the hard times and disagreements.

Some supporter groups march into their stadium, others throw killer tailgates — what’s the vibe in LA? Walk us through a typical match day, from wake up to post-game.

This year we are all united in tailgates. We brought all the SGs closer and it is an amazing time. Los Luckys goes hard on the tailgates and brings a unique menu to every match. Other SGs have themes and I love it when SGs come together to make unique food items. You can find a mini reflection of LA culture just within all the food and drinks at the tailgates.

Besides scarves, what is the most important merch for a supporter group to wear to represent their team!

Pins have become a major part of LAFC culture. It fun to see all the collectors and traders at the tailgates. Shirts are also the obvious and essential merch item for the SGs. This year we are seeing a lot of jackets, hoodies, and windbreakers. So all the SGs have been stepping up their merch game.