There’s a new supporter group in town! We wanted to take a moment to introduce you to our friends, LBChrome.  LBChrome considers themselves a Social Club, focusing on growing the local football community and gathering support for the home side of LAFC, while strengthening and building the  LBChrome family.

Why did you create LBChrome? What motivated you?

LBChrome was created in the most organic, serendipitous and beautiful way.

Having bicycled down to a Long Beach local pub to watch the UEFA Euro final between France and Portugal, one of the handful of people also in the house watching happened to be the creative director for the Los Angeles Football Club. As that match played on, we had a great opportunity to chat about a great many things. A new friendship began and when I left the pub that day I felt an overwhelming sense of inspiration and motivation to become involved, not only with LAFC, but to start on a journey of elevating the beautiful game in my home community.

Football is for everyone. Big, small, man, woman, child, rich or poor, crossing even language barriers, all are welcome to play.

Really, all that is required is a ball (or something like one).

One week later I found myself in the original LAFC temporary HQ in Los Angeles, meeting with the creative director, head of supporter group relations and a member of the front office team discussing the foundation of LAFC’s original Social Club: Long Beach Chrome.  We are now celebrating our one year anniversary

Why are groups like LBChrome the future of SGs?

We believe that there are many styles of support, and none should be disregarded or discouraged because they are not seen as “ultra” enough or whatever. There is a common misperception that the only way to support a club is to stand the full match in the supporter’s section, chant until you are hoarse, and be ready to rumble with the rival squad at a moment’s notice. These are just a few of the ways to support.

With so much suffering and division in our current world climate, we feel that perhaps we can encourage a different mode of thought. If grandma and her Bunco club want to make black & gold cupcakes for the academy squad, who’s to say that that is not support?

At the end of the day, we are all on the same team.

We celebrate diversity as it brings many different perspectives to the table. This is how to achieve real growth and development. Perhaps LBChrome will encourage others to offer support in their own unique way, and not be discouraged by others judging them as not “supporter enough”. 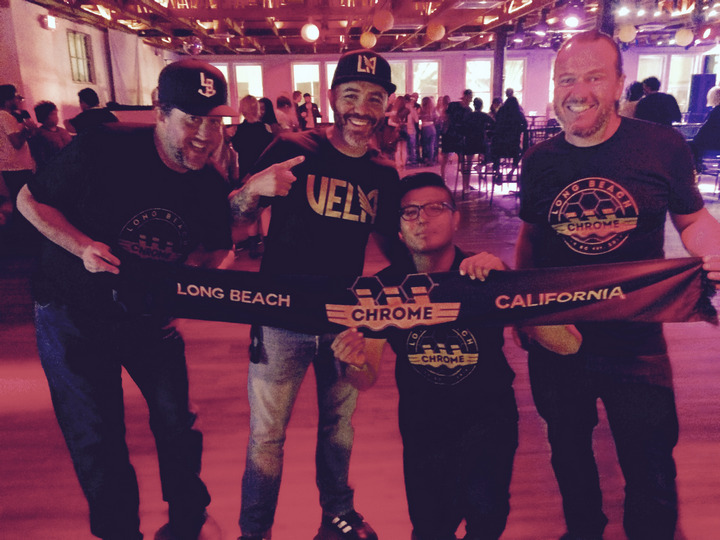 The most important element of LBChrome as a Social Club is that we welcome all, including children. Although sometimes due to venue/bar rules younger members are not permitted to certain events, we try to provide opportunities for everyone to be involved. The SG “mosh pit”celebration, if you will, does not appeal to everyone, so we try to host events that are more broadly inclusive. For example, we are planning an ice cream social event that will be easier for families to get involved in, and picnics to simply create opportunities for our community to come together and celebrate the beautiful game in our great city of Long Beach.

We have been hosting viewing parties at a few of the local venues in downtown Long Beach, for both MLS and international matches. We stand together with other local footy fans and welcome all respectful supporters and fans to our events, regardless of affiliation. If you support the rival team and can be respectful and sportsmanlike, you are welcome to join in.The goal is to develop our local community of football lovers, make new friendships, and grow our Long Beach LAFC family.

Starting next season, we plan to meet downtown at the Long Beach transit mall and take the LA Metro trains to the stadium on home match days, and we’ll continue to host local viewing parties for the away matches, as well as other non-match events. 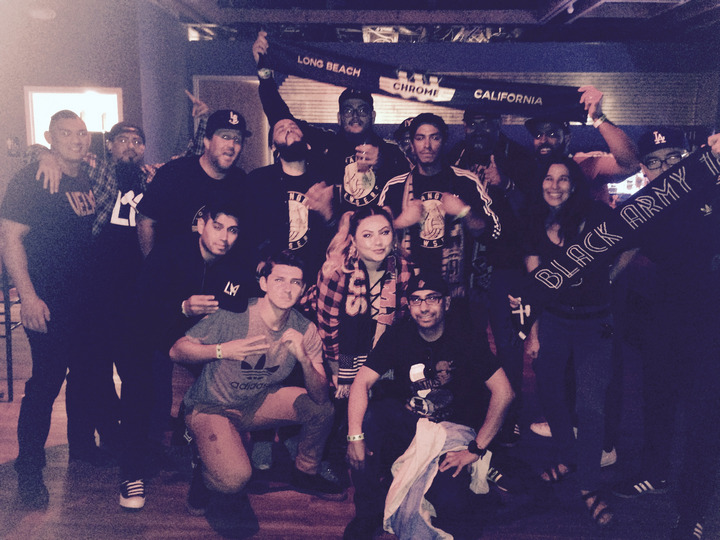 How can we spread the word about LBChrome?

In addition to our “one by one” approach of spreading the word on a local level, social media has been a great method for us to connect with our growing community. Our crest, designed in collaboration with Crossbar FC, is a uniting symbol of our great city of LBC, and attracts people to our Social Club community.

Dominated by a likeness of the iconic Queen Mary ship, a ball in the sky and waves of the sea below, it represents our city in a creative and alluring way. Long Beach is our city and LAFC is our club. If we could send one message out to our fellow LAFC fans, and to others throughout the league and the world, it would be to “be you”. Do your own thing and show your support in your unique way.

Don’t give up, and don’t let others discourage you from doing your thing. We are all in this together.

If LBChrome had a theme song, what would it be and why?

Without a doubt be “All For One” by The Stone Roses, it’s such a positive and uplifting song, it conveys the ethos we have as a Social Club:

“All for one, one for all, if we all join hands we’ll make a wall”.

This song expresses a sense of unity and camaraderie, the positive strength of a united “wall”. In the current political climate, walls are used as a symbol of division and separation. Us and them.  LBChrome subscribe to the philosophy that as “…all one family” we will stand together as a collective, using the metaphor of a wall as strength and unity, not division.

What are you most excited about for LAFC?

Where to start?! The first thing that really drew me to LAFC was their grassroots, “one by one” ethos of building a club for the people, by the people.

They have been very real when it comes to the community, and as supporters, we have been involved in every aspect of development. From stadium design input at Gensler, to our ideas of a dream team, to what type of beer and food will be served in the new stadium, LAFC has developed every aspect using direct communication with supporters and fans. This is very impressive and promotes a deeper personal connection with the club. It really does feel like a family. LAFC truly feels like “our club”. 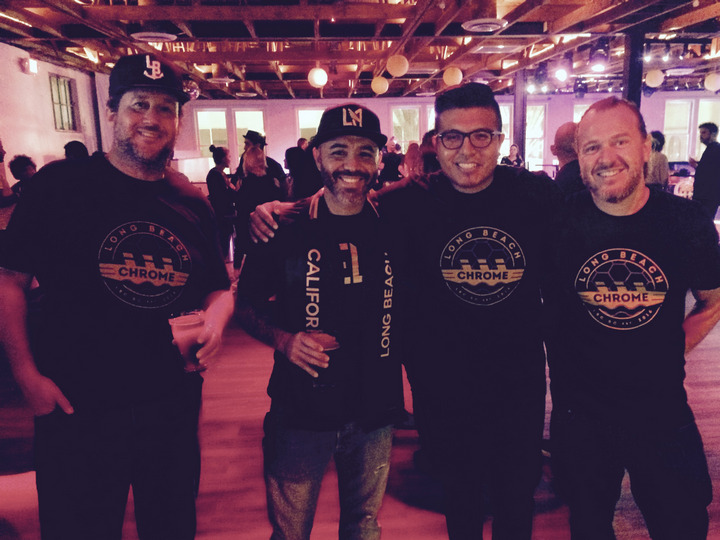 As we get ready to welcome a new club in LAFC, we are just as excited to welcome in a group of new supporters in LBChrome along with the many others. Supporters come in all shapes and sizes. Some stand while other sit. Some are loud while some are quiet. But regardless the love for the Club is the same!