Perhaps one of the most vibrant, diverse, and exciting aspects of soccer are the supporter groups who bring so much life to the stands and communal areas to cheer on their team on game day. This month we were able to chat with Footie Mob – a soccer supporter group with a strong fan base in Atlanta, Georgia. Their goal is to share their love and passion for soccer with those who are new to the field and supporter group culture. After being founded in 2015, Footie Mob is all about sharing the game, kicking off each match with spirit, and chanting loud and proud!

Footie Mob is a unique name for a supporter group. What are the origins of the name itself?

Footie Mob is a fun play on words with inspiration from Goodie Mob – an Atlanta-based hip hop group.

What is your group’s game day look? Do you sport custom gear?

Footie Mob members can always be seen in their bright red custom scarves. A handful of people will complete their game day look with custom t-shirts and fun koozies, too.

Where can someone find out about Footie Mob online?

Check us out at our website: FootieMob.club. Here you can read about our group’s mission statement, how to become a Footie Mobber, read over our game day chants, and purchase scarves and stickers. For the latest, up-to-date information on our activity and upcoming games, give us a follow on Twitter here: @FootieMob.

What is the name of your section?

The section we sit in has no official name yet, but we like The Dungeon, which is named after the Atlanta-based hip-hop production company, Organized Noize’s, first studio. We share the section with a number of other supporter groups, as well.

That’s great to have a communal area for everyone! Where in the stadium is your section located?

We’re located in the north end of Bobby Dodd Stadium right now. Once we move into Mercedes-Benz Stadium, you can find us on the east end.

I’d have to say the one chant everyone gets on their feet and pumped up for is Power Football, Atlanta United. This chant is based off the end of “Bombs over Baghdad.”

In your opinion, where can you find the best food at the game?

We think our tailgates are pretty good, which then means we have some awesome selections of food. We’re lucky because we’ve got great sponsors in Wilde Heaven and Creature Comforts. 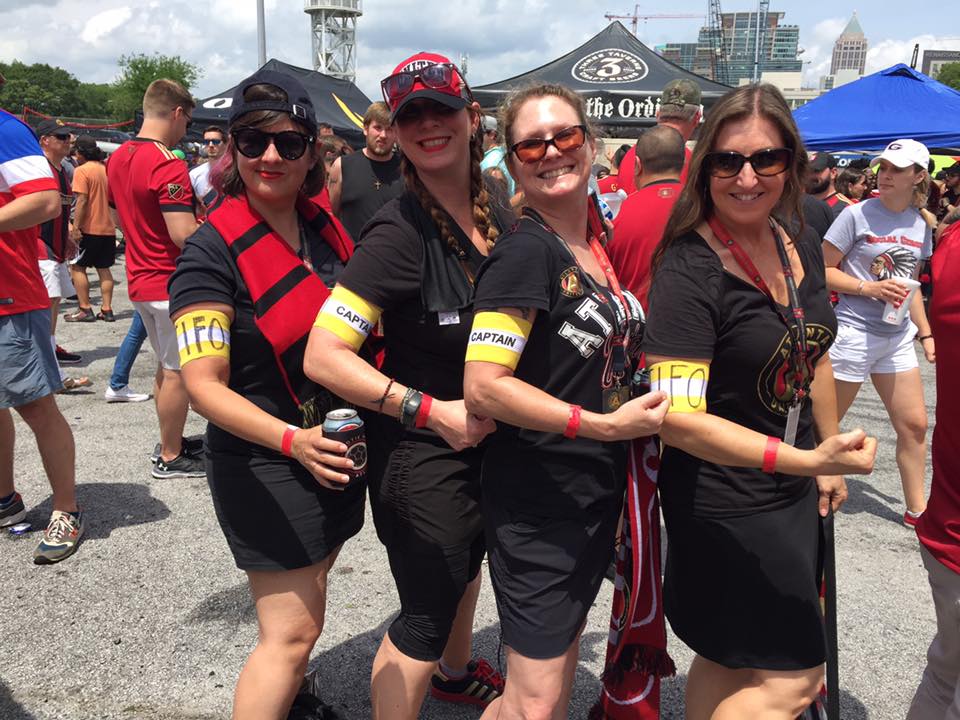 If you can’t make it to the game, where does everyone meet up? Do you have game watch parties?

Whenever we have an away game, the whole Footie Mob supporter group gets together at Midway Pub in East Atlanta. It’s a great environment that compliments our hype on game day!

We have quite a few members who travel to all of the Cascadia games. I’ve personally gone to Seattle, and there’s also a sizable group headed up to Vancouver.

What is the greatest game in Atl United history?

I’d have to say the greatest game was the first game, which was a match between ATL and RBNY. It wasn’t necessarily the result we wanted, but it was a great feeling to finally have our team playing.

What makes you guys one of the best groups in MLS?

Everyone in the Footie Mob group is welcoming and inclusive. Members genuinely care for the other members and take a lot of pride in the city of Atlanta. Whether you’re new to soccer or are someone who has watched, cheered, or played their entire lives, you’re welcome with us! It’s important to us to maintain our love of the team, the city and for its culture to come through. 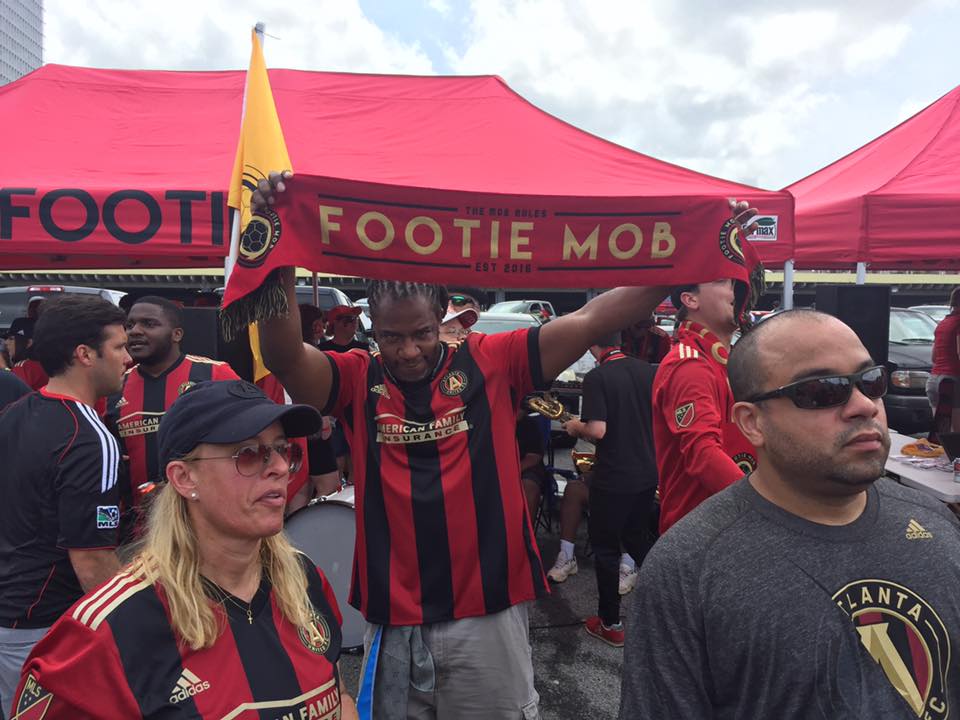