In our guide to digital fundraising in the Coronavirus era, we demonstrate how you can use the best online fundraising techniques to help your community — without ever leaving the house.

A number of teams, booster groups, businesses and organizations have used customized Diehard products to incentivize contributions and shared their experiences on Twitter and Facebook. 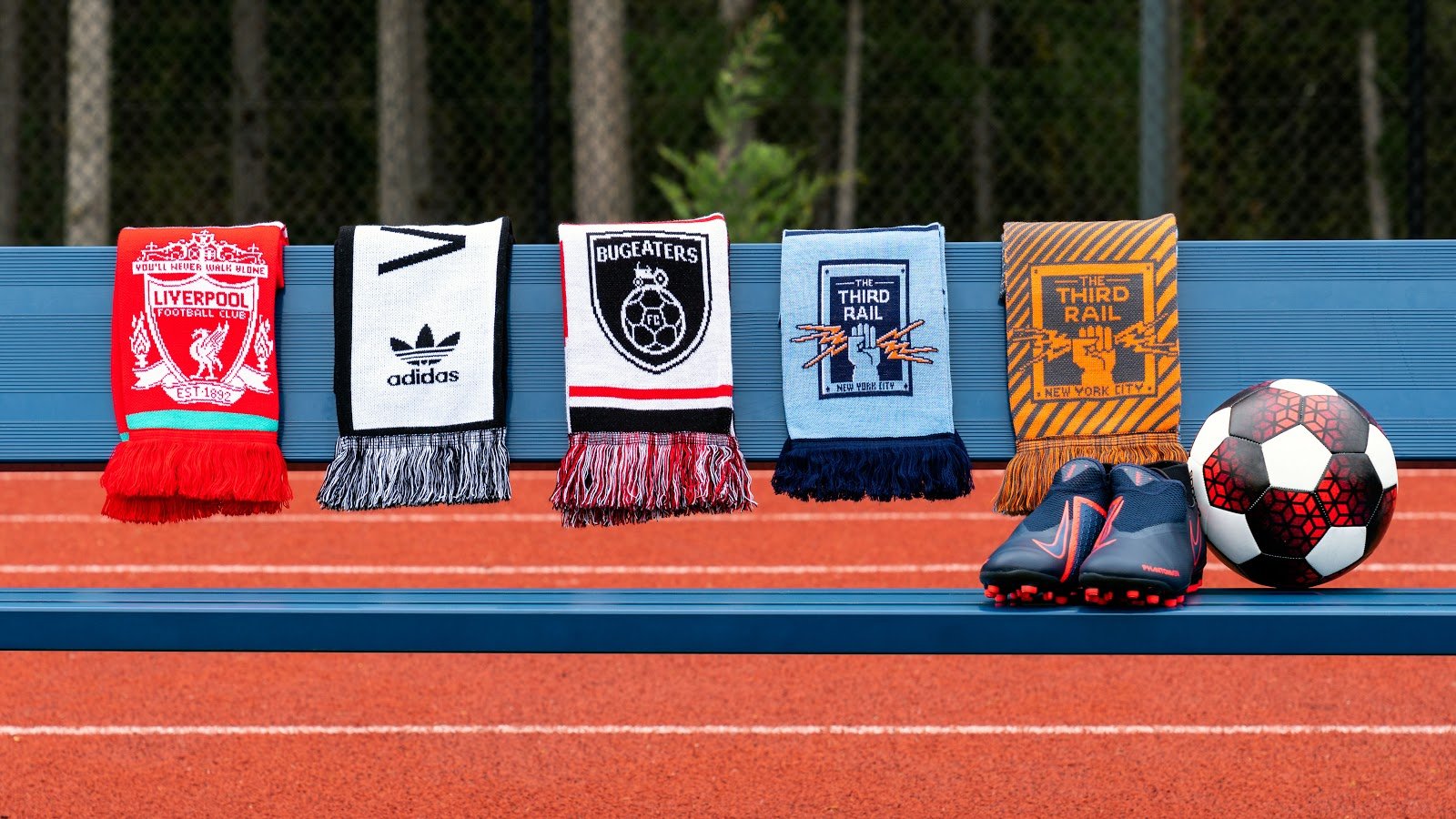 We interviewed three American soccer club supporter groups on their digital fundraising successes to learn more about their decision-making processes, why they chose Diehard and how they reached or surpassed their fundraising goals.

La Bara 608, Footie Mob and Manchester United Fans of Chicago Work with Diehard Custom to Give Back to Their Communities

La Bara 608, a group of Latino supporters of Forward Madison FC in Wisconsin, created a digital fundraiser for Amigos en Azul and The River Food Pantry in Madison, WI, using custom scarves. Diehard chipped in to add free custom pins to every order.

We want to thank @DiehardCustom for sending us over some pins to giveaway with our scarf order. All previous orders and any order placed until next Friday 4/10 will be entered to win. All profits will still be going to Amigos en Azul and @riverpantry.https://t.co/TRqK1BpgvD pic.twitter.com/JJTcpc8aal

Thanks to everyone who pre-ordered this scarf. And an extra thanks to @DiehardCustom for working with us to lower the production costs. We were able to donate $1500 to @givingkitchen pic.twitter.com/nnzJycmtwj

Manchester United Fans of Chicago (MUFChicago) created a campaign for Fadó Irish Pub, one of the many Chicago restaurants impacted by the pandemic, custom designing ‘BEAT COVID-19’ T-shirts. 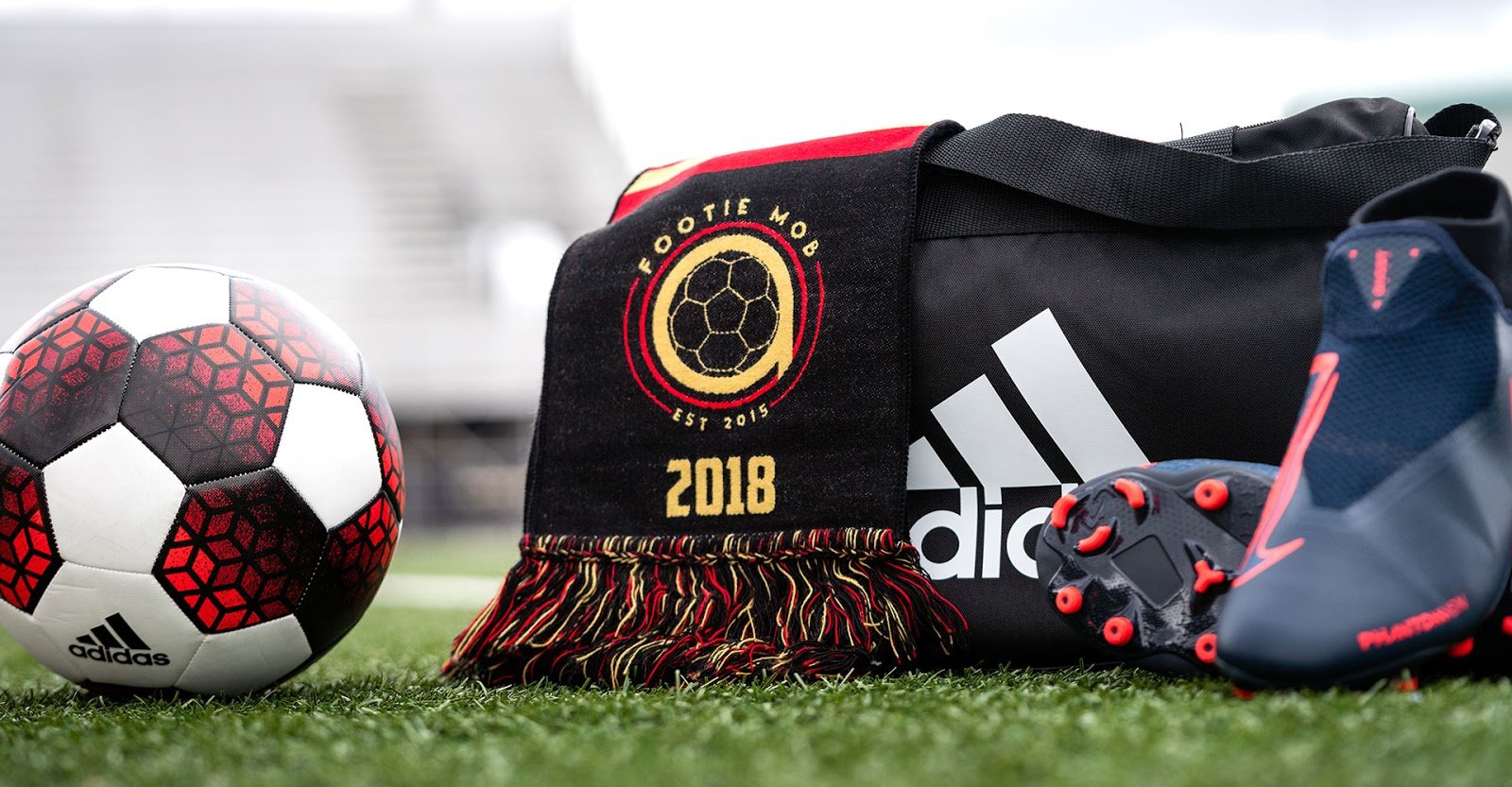 1. Why did you decide to use custom products to fundraise for your cause?

La Bara 608: Custom products are amazing. You get to design what you want and what you think people would love.

Footie Mob: It’s one of the things that we do best. We like raising money for a cause and find that having a token of appreciation for that donation works really well.

MUFChicago: We decided to use a custom product to fundraise because it entices people familiar with our group to have an item they can wear to represent our club and support the cause.

2. Which Diehard product or products did you use, and why?

La Bara 608: We knew that we wanted to go with a summer scarf but had never ordered from Diehard. We went with the Sleekprint scarves. Once I got a sample of them we instantly knew that we wanted our design on that style. It would allow us to practically print anything on it, and you could wear it during the summer. 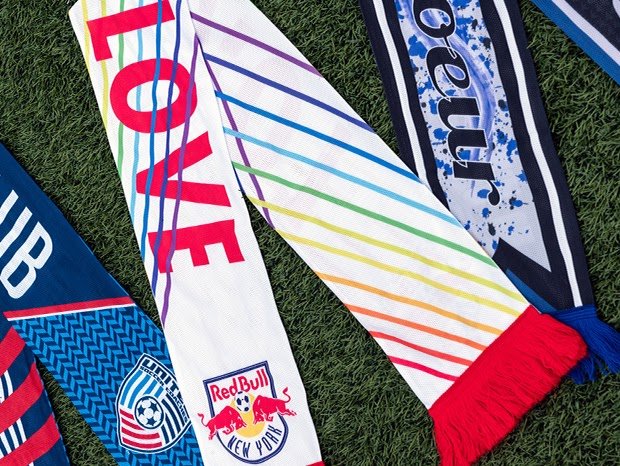 Footie Mob: We used the scarf. It fits well with soccer culture, and it’s what we’re known for as a group.

MUFChicago: We used Diehard for their custom T-shirts. They provided a good design and turned it around quickly.

3. What digital fundraising strategies did you employ to build awareness of your fundraiser?

La Bara 608: Our primary tactic was announcing a preview the day before and setting a countdown to when we were going to release them. This helps to show it off and get people excited about the product before the release.

MUFChicago: We typically sell in person at the Pub, but this was not an option due to COVID-19. So, for the first time, we attempted to sell via a web shop, and posted the shirt to our online store. This was easier to manage than just sharing on social media and asking people to pay via PayPal or Venmo. Having an online shop streamlined the whole process. And it was a success!

4. How do you think digital fundraising compares to the more traditional tactics of in-person, like tabling events, phone trees and word of mouth?

La Bara 608: We live in the digital world now, and everyone is usually on some sort of social media page. With digital fundraising it gets shared much faster.

MUFChicago: My preference is still in-person, but I think heading into the post-COVID19 world we will have no choice but to rely on digital fundraising. The drawback of digital fundraising is that you have to worry about packaging and shipping the product, whereas in person you can just exchange the product for the funds… Although, for T-shirts I was happy to do it online because we could pre-sell and order the exact quantities and sizes.

5. What cause did you choose, and why?

La Bara 608: We chose two charities: Amigos en Azul, which is run by local police officers who help out the Latino community, and which our group has been supporting for almost a year, fundraising for a summer soccer camp; and The River Food Pantry, which needs help right now getting food to certain families. All our profits were split and donated.

Footie Mob: We chose The Giving Kitchen, a charity that supports restaurant workers in their time of need. We have members in that industry and we all love food so it made sense to show support where we could. 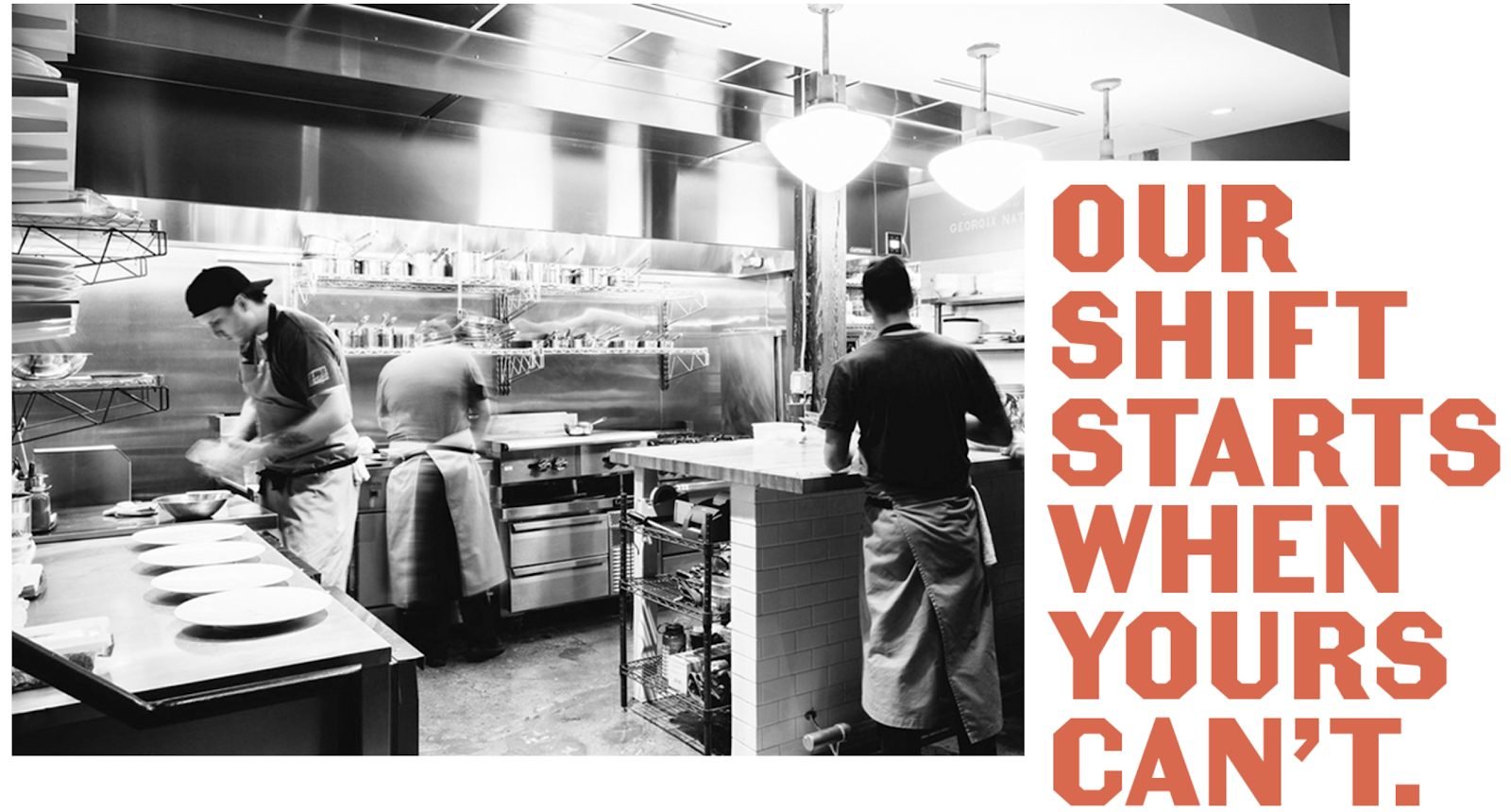 MUFChicago: We chose to support the staff of our home pub, Fadó Irish Pub. The majority lost their jobs since the Pub was forced to close its door to dine-in business due to Coronavirus.

6. What were the results of your efforts?

7. Would you use Diehard custom products again for fundraising?

La Bara 608: We will definitely be using Diehard again for future fundraising. We got all our questions answered almost immediately, and everything delivered really quickly. Amazing customer support.

Footie Mob: Absolutely. We use Diehard for our Pride Scarves, which we also use to raise money for charity.

MUFChicago: Yes, we will always use Diehard custom products for our fundraising. They just make it easy!

La Bara 608: Have a good plan of attack, and make sure it will fit the type of product you’re ordering. In our case we wanted a nice clean look, and the Sleekprint design was perfect for that.

Footie Mob: Know your audience, and be aware of the price point you’ll set. The wrong product or price point results in product you won’t move.

MUFChicago: Don’t slack. You can’t just sit back and expect people to come to you. You need to go to them. Additionally, get your close friends and club members to push and promote the fundraiser too. Ensure they know the goal, and what will happen when we all pull our energies together to accomplish that goal. 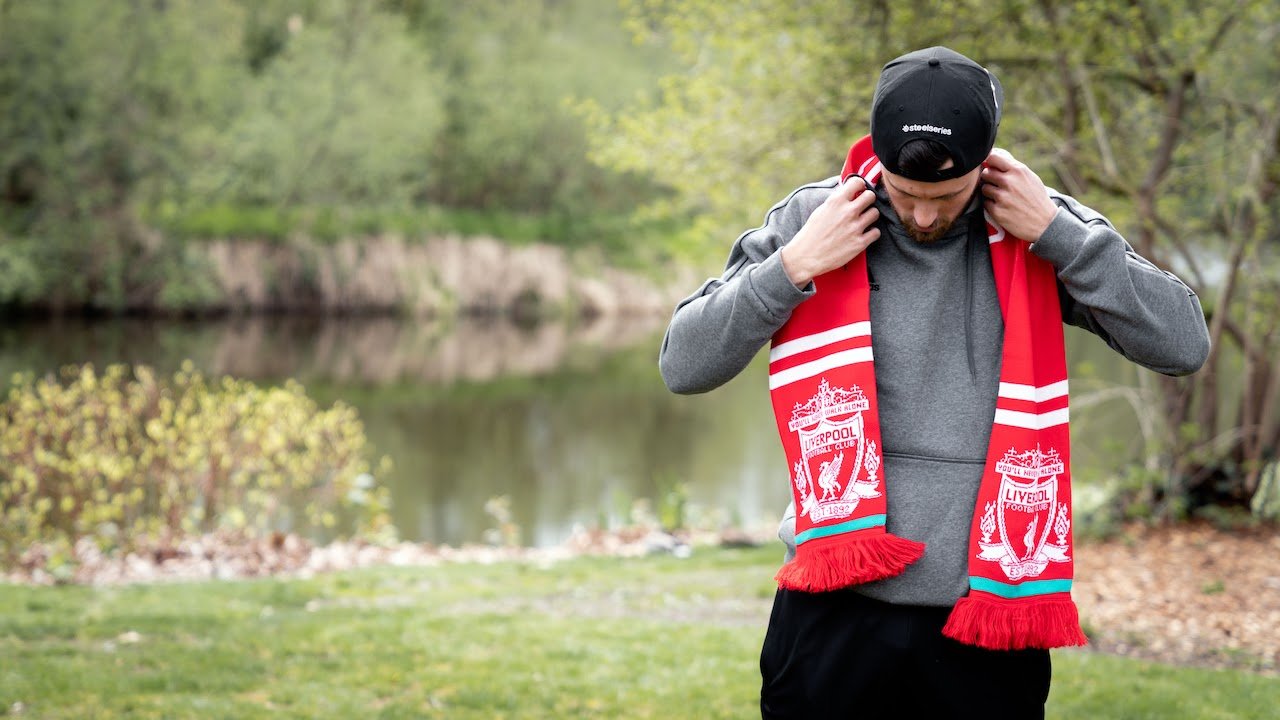 Are You Considering a Fundraiser? Fine Tune Your Digital Fundraising with Diehard

If you’re looking to create a digital fundraising campaign, we can help.