It’s 2016 and women are succeeding in the world of athletics. Despite opposition from media and strict cultures, women athletes are refusing to be kept out of the game. Stepping up and playing strong, their voice are being heard all over the world.

In the United States, 52% of females between the ages of 5-18 play a sport and that percentage is growing. Yet world wide, many women are still fighting simply for the right to play. In the 2016 Olympics, Iran’s National Team had no female athletes and Afghanistan’s National Team only had one.

While the fight for the right to play may be over in the United States, in countries such as Afghanistan, it is just beginning. Afghanistan women are discouraged from playing sports. But, the Afghanistan’s Women National Soccer team, is ready to show their homeland- and the world- that not only can women play sports but they can win!

Afghanistan created their first Women’s National Soccer team in 2007. But the struggle for the right to play the game, is still being fought today. With corruption and not enough funding, the team had a rough start and has not played internationally since 2014.

However, in the beginning of 2016, the Afghanistan Football Federation hired Kelly Lindsey, a former member of the U.S. National Team, to coach the team. With a new coach and better funding, the team is hoping to be able to compete in the 2016 SAFF Women’s championship.

The Afghanistan Women’s National team is made up of women who live around the world. From California to Sweden, these women are united by their Afghanistan lineage, passion for soccer, and their courage to play. 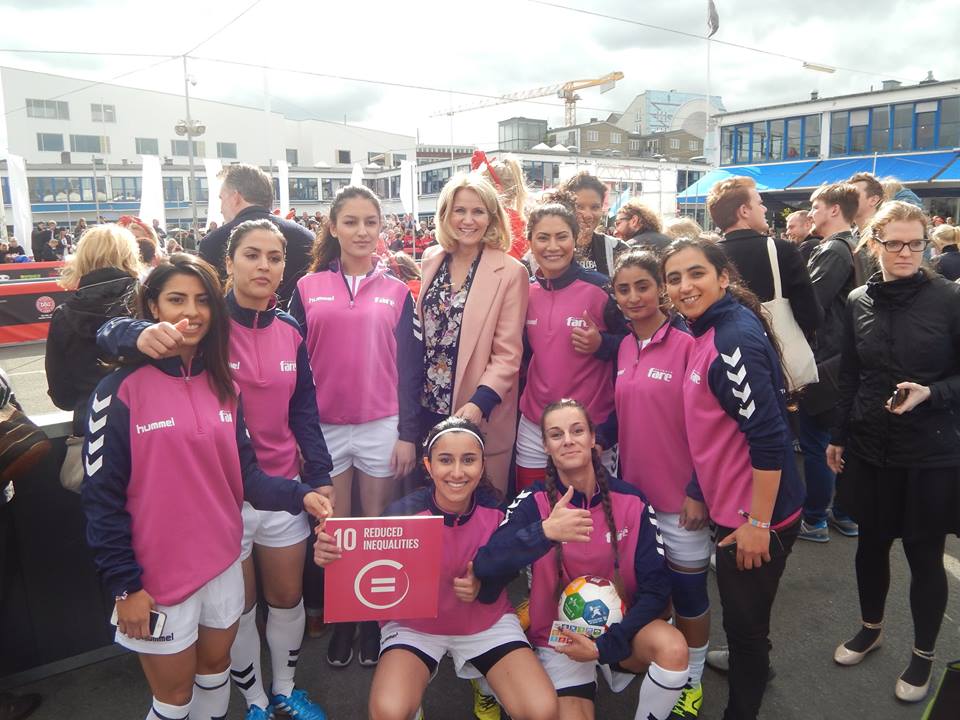 Playing for a National Soccer Team requires hard work. However, for the Afghanistan Women’s National team, this is also supplemented by the challenges of playing for a country that does not fully support them. These women are under incessant criticism for playing soccer. Their love of the game is considered outside of cultural and traditional norms for the country. Harassment is such a problem for the team that former team captain Khalida Popal had to flee the country due to an overabundance of death threats.

Yet despite, the harassment and death threats, the Afghanistan Women’s National Team remains. Their dedication to achieve their dream of playing is an inspiration to all and shows how hard they are willing to fight for what they want. 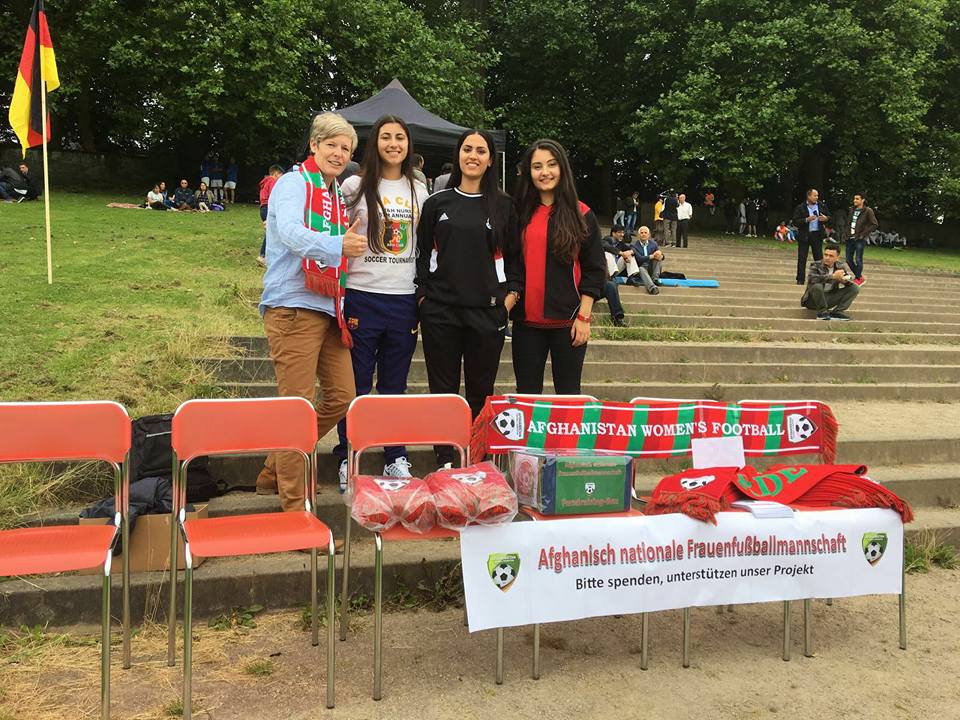 The team raising support at the Afghan European Cup in Germany.

By winning the right to play soccer, the Afghanistan Women’s National Team is hoping to send a message that doesn’t relate to just sports. They want to show woman across the world, that if you have a dream, you should go after it.

“I want to send a message to the world. Afghan girls or women are not supposed to sit at home. I want to motivate the Afghan girls to go out there, chase your dreams, go do sports, fight for what you want in life but most of all, believe in yourselves and never give up because yes we can!”
– Shabnam Mobarez

Empowering others through the team’s journey has become a big part of who the team is. Their success will not only help the team, but show the women all around them, that they too can accomplish their dreams.