If you haven’t been following along, the Afghanistan Women’s Football Committee, along with the Afghanistan Football Federation, have formed a groundbreaking women’s national team! The team is made up of women from around the world that are united by their Afghanistan lineage and, of course, a passion for soccer.

As you can imagine, we thought this was awesome! We immediately reached out to the team and offered to create custom scarves for them. All proceeds from these scarves (which you can find on our shop), go directly to the team.

All of the generous donations to their GoFundMe page provide the team the financial support they need to travel, participate in training camps, and compete in tournaments around the world … but that’s only part of it.

We’re excited to announce a brand new contest to help support the team’s latest #65daysto65K campaign. From 12/28 through 12/31, anyone who makes a donation to the team’s GoFundMe page, will be automatically entered to win a Afghanistan National Teams prize pack. Each pack includes an AFF Home jersey by Hummel USA and one our AFF soccer scarves. 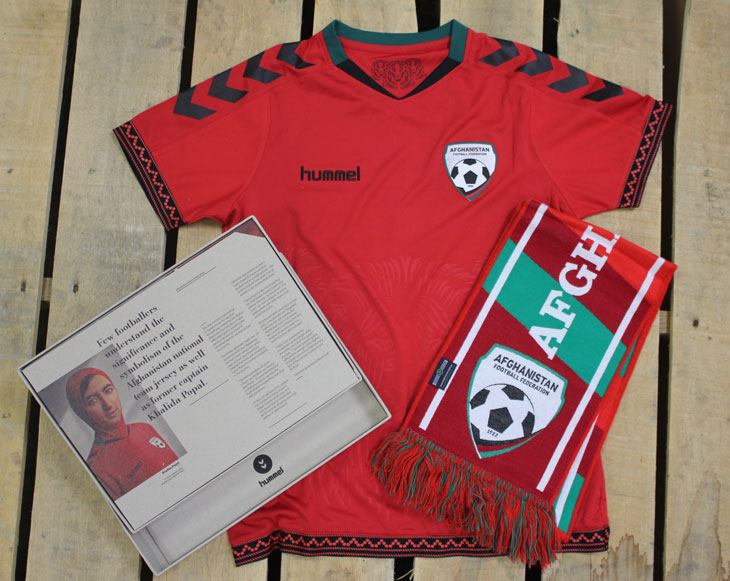 Your donation will put the team one step closer to reaching their newest goal of $30K by January 15th to cover their airfare and transportation to the 2017 Istria Cup in Croatia. The team’s participation will mark the first time a Central Asian Sr. WNT will compete in a major European invitation.